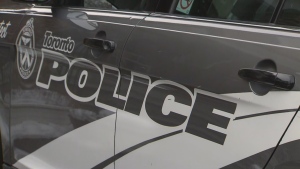 Police are responding to a stabbing in North York Wednesday afternoon that left a woman with serious injuries.

It happened in the area of Jane Street and Wilson Avenue at approximately 2:12 p.m., according to police, inside the lobby of a nearby building.

The victim was transported to a local hospital shortly after.

Toronto police confirmed to CP24 that a suspect was arrested following the incident.

It's unclear if the suspect is known to the victim, police said.

STABBING:
Jane St + Wilson Av
- Victim taken to hospital by medics
- Injuries are serious but not life threatening
- Officers have searched the area
- Have 1 person in custody
^dh