Notes from the Campaign Trail: The days before an election call 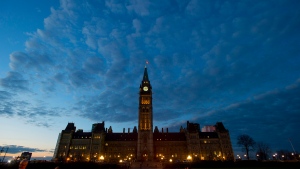 Parliament Hill is quiet as all federal parties wait for an official election call.

On Monday the Liberals kept Prime Minister Trudeau out of the public eye and, not to be outdone, the Conservatives had Andrew Scheer under wraps as well. It made for a very quiet day for politicos waiting for the formal election call.

NDP leader, Jagmeet Singh, didn’t take the day off. He brought his new campaign bus into Toronto to hype his party’s housing policy. And again this week the NDP went to the riding of Davenport for the announcement to keep the spotlight on ex NDP MP Andrew Cash’s bid to get the seat back from the Liberals.

The housing release from the NDP is an exercise in being vague, very vague. It promises 500,000 affordable housing units over ten years but gives absolutely no details on how that will be achieved. So I reached out and asked about the money. The note I got back promised the NDP would spend $5 billion on housing in the first year and a half of an NDP government. Then the NDP pointed out that is in addition to the $4 billion already committed to create new housing. The NDP said the units “will be built in partnership with the provinces and municipalities and spread out all across the country based on population and need.” And the party adds to watch for “more detail to our commitments as the campaign unfolds.” I will waiting for those details.

The Conservative Party now says it will start its leader tour on Wednesday with or without a formal election call. Expect to see Andrew Scheer make stops in Quebec and the GTA to get things rolling for his first run to be Prime Minister. And with the start of the tour the Conservatives should start to roll out promises of their own.

Elizabeth May spent the day campaigning in British Columbia. The Green Party’s best hopes for seats are in B.C. Staying focused on those winnable ridings will be a big part of the Green strategy.

A Nanos poll is the latest to point to the environment and climate change as the most important issue for Canadians. The poll for CTV News finds 27 per cent say it is their number one concern with 19.5 per cent opting for the economy. The issue of integrity and ethics is not resonating right now. Only 6.5 per cent rate that as the top issue.

Jenni Byrne ran the Harper campaigns in 2011 and 2015. On CP24 Monday she said climate change “has become more of an issue.” But Byrne predicted that during the campaign “every party will be talking about the economy.”

Byrne has been connected with federal campaigns for last 20 years and the economy has always been front and centre. Kim Wright, an NDP strategist, said during the campaign voters will look at the leaders and decide which “of the leaders will deliver their promises.” For all the polling and chatter about what issues will be front and centre, Wright has a point. Leadership and who to trust to deliver on promises will be what many voters will focus on during the campaign.