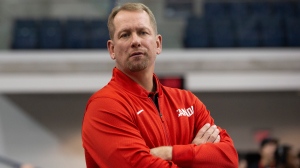 Canada is now 4-2 in exhibition play heading into its final friendly on Monday against the United States in Sydney. The Canadians open World Cup play Sept. 1 against Australia in China.

It was the second win in as many days for Canada over New Zealand. The Canadians won 122-88 on Tuesday.

Khem Birch of the Orlando Magic currently is the only NBA player with Canada in Australia.

Canada is being coached by Toronto Raptors coach Nick Nurse.