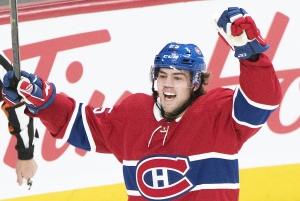 BROSSARD, Que. - Montreal Canadiens forward Ryan Poehling is out indefinitely with a concussion.

Poehling is believed to have been hurt after taking a hit from the Florida Panthers' Dryden Hunt on Wednesday during a pre-season game in Bathurst, N.B.

A Canadiens first-round pick (25th overall) in 2017, the 20-year-old Poehling had a hat trick in his NHL debut in last year's season finale against the Toronto Maple Leafs.

The Canadiens also announced forward Michael McCarron will be out for approximately six weeks because of a groin injury.