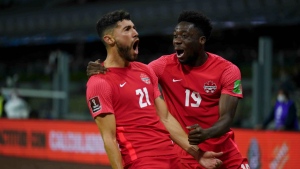 Jonathan Osorio's long road to the World Cup has not been without its bumps, not to mention a stop in Uruguay.

In recent months, the Toronto FC midfielder was sidelined by post-concussion syndrome — the result seemingly of a Xherdan Shaqiri elbow in a July 13 game against the Chicago Fire.

When the MLS regular season wrapped up Oct. 9, Osorio was on the sidelines. He had played just 18 minutes since an Aug. 18 start against Inter Miami. But he says he is back.

"I'm feeling much more normal, I'm feeling much much better," said Osorio, among those out-of-season players called up to a camp in Bahrain ahead of the World Cup. "I've been in full training and training is going really well."

That's good news to both Canada and Toronto FC.

"He's an immensely important player for us," said TFC assistant coach Paul Stalteri, a former Canada captain who earned 84 caps. "You can see when he didn't play this season we miss him a lot. He's a good player. He's a very good player.

"The last few weeks back on the pitch, he looks sharp, he looks good," he added. "it looks like he is ready to go at the right time."

While Osorio's parents were born in Colombia, he was perhaps made in Uruguay.

Osorio and forward Lucas Cavallini, a childhood friend and fellow Canadian international, went as teenagers to South America where they climbed the ladder in the unforgiving junior ranks in Uruguay.

The two go way back. Cavallini’s father made a soccer pitch of sorts in the family basement in Mississauga, with Lucas and Osorio often pairing up against their younger brothers. Osorio grew up speaking both Spanish and English at home.

Cavallini, whose father is originally from Argentina, and Osorio grew up playing for the Clarkson Soccer club in Mississauga. A tour of Uruguay led to a tryout offer from Club Nacional.

Uruguay provided his football foundation. And toughened him up, learning to live with showering in cold water when the hot water was out among other things.

"All for the dream of one day playing football professionally," he said.

While they spoke the language, it wasn’t easy. To start, they lived in dormitory-style accommodations with Uruguayan juniors who initially saw them as foreign intruders looking to take their jobs.

While it was a rough entree, they grew to earn the respect of their peers.

"That was the most important move of my life — even aside from football, just growing as a man,” Osorio said. "It was so crucial to me becoming the person and the player that I am now. I owe Uruguay so much, I’ll never forget my time there."

Nacional’s most famous product is forward Luis Suarez, who joined the academy in 2000 and made his first-team debut at 18 in the 2005-06 season before leaving for Europe. The club has named a pitch at its Montevideo training ground after the Uruguayan star.

Now 35, the former Ajax, Liverpool, Barcelona and Atletico Madrid star is back with Nacional and helped his boyhood club win the Primera Division in late October.

Osorio spent two years in Uruguay, starting in the under-19 ranks before making his way into the reserves before deciding to return home at the end of 2011. That led to an invitation from the TFC academy in September, 2012.

Former Toronto manager Ryan Nelsen liked what he saw of Osorio at training camp in 2013 and the young midfielder went on to see action in 28 league games that year.

Today Osorio leads Toronto in appearances in all competitions with 318. He is third in goals with 58 behind Sebastian Giovinco (83) and Jozy Altidore (79). 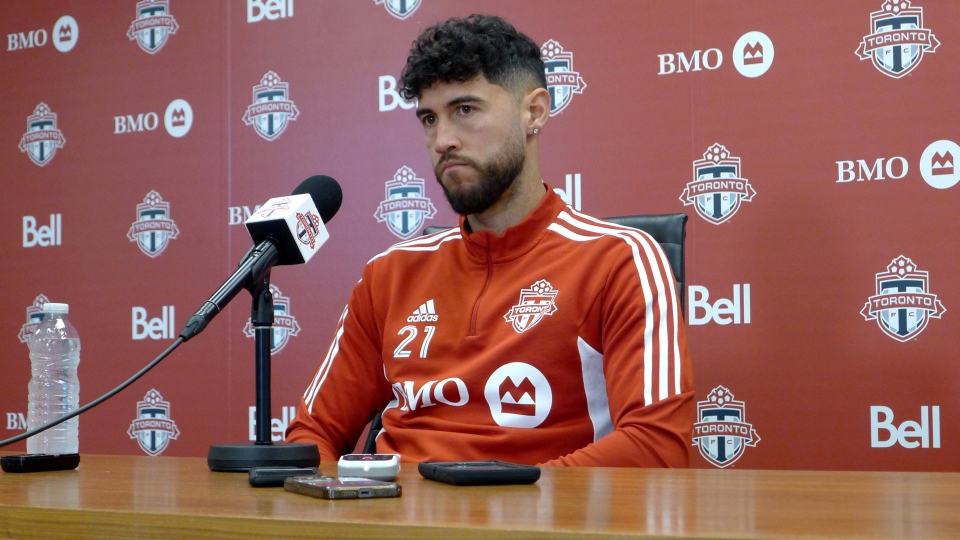 But his club future is up in the air, given the 30-year-old is out of contract and has made no secret of his desire to play in Europe.

While Osorio only played in 23 MLS games this season, his nine goals and six assists were the second-best scoring haul of his career. He had 10 goals in 2018 and seven assists in both 2015 and '18.

John Herdman recognized Osorio's talent from the get-go, inviting him to his first camp as Canada men's coach in Murcia Spain in March 2018. The Canadians were ranked 89th in the world at the time.

Prior to Canada's final warm-up games against Bahrain and Japan, Osorio had won 36 of his 55 caps under Herdman.

"It's been lovely to see him in (camp)," said Herdman, who last saw him training with Canada in March before Bahrain.

"I've got a real respect for Jonathan. How passionate he is for playing for Canada. He brings a real tactical acumen to our team. And (he's) someone that I'll rely on to have those tactical conversations."

Osorio is also important to Canada off the field, part of its leadership group under Herdman.

"It's great to have him back … He's always a special player,: said Canadian defender Alistair Johnston. "Just his ability to find half-spaces and create from nothing. It's a really important player and it's one that I think Canada has struggled to produce over our history. It's a position that's just really difficult and I don't think that a lot of us or the U.S., for example, have done a great job of producing talent like that.

"So when you have someone like that, it's so important to have him fit and firing on all cylinders. In training, he's been special. He's back to his best. It's the Osorio we all know and love. It's an exciting time to have him back."

Osorio left his mark on the 2018 CONCACAF Champions League, helping Toronto to the final where it lost to Guadalajara in a penalty shootout. Osorio whose penalty attempt hit the crossbar and bounced out, won the Golden Boot as top scorer and was named to the tournament all-star team.