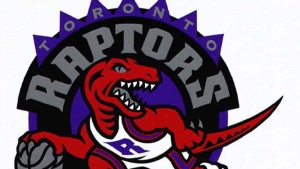 Toronto Raptors Team Logo is seen in the undated photo. The Toronto Raptors have started a petition to recognize the first Friday of June as National Gun Violence Awareness Day in Canada. THE CANADIAN PRESS/Toronto Raptors

The Toronto Raptors have started a petition to recognize the first Friday of June as National Gun Violence Awareness Day in Canada.

The petition published on Change.org asks Canadian legislators to join the United States in observing the day to honour survivors and victims of gun violence.

In a release announcing the petition, the Raptors cited a Statistics Canada report that found firearm-related homicides have gone up 37 per cent over the past 11 years, though there are large data gaps in information collection.

National Gun Violence Awareness Day began in the U.S. in 2015 to honour 15-year-old Hadiya Pendleton who was shot and killed on a playground in Chicago a week after she had performed at President Barack Obama's second presidential inauguration.

The Raptors' petition comes after three recent mass shootings in the United States.

“The tragic mass shootings in Buffalo, Uvalde and now in Tulsa, have reminded us of the stark reality of gun violence in the United States - and has sparked a national conversation that gun violence does not stop at the border,” said John Wiggins, Raptors vice president, organizational culture and inclusion, said in the release.

“In order to solve a problem, you have to acknowledge the problem exists. Well, the families and communities in Toronto and across Canada who have been impacted by gun violence can tell you it is here, and it is real.”

The Raptors highlighted the petition through videos posted on social media featuring members of the organization, including 2022 rookie of the year Scottie Barnes and Toronto native Dalano Banton.

This report by The Canadian Press was first published June 3, 2022.