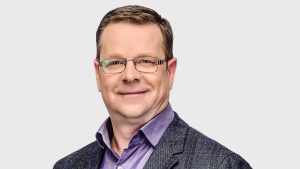 Wilson's status was confirmed on Friday by his wife, Patricia Boal, on an Ottawa newscast.

Boal, who works for CTV Ottawa, joined her network via FaceTime to make the announcement from their home.

Wilson is currently recovering at home and both he and Boal, who has not tested positive for the coronavirus, have been in self-isolation since March 18.

Boal said the diagnosis was confirmed Friday, about 11 days after Wilson was first tested.

Two Senators players tested positive earlier this month, while a Colorado Avalanche player became the third NHLer to have the COVID-19 virus on Thursday.

The Senators, including Wilson, were part of a recent California road trip that had games in San Jose, Anaheim and Los Angeles before the league postponed its season last week due to the outbreak.

Wilson is the colour commentator for Senators radio broadcasts on TSN 1200 and has been part of the Ottawa broadcast team since the franchise's return to the NHL in 1992.

This report by The Canadian Press was first Published on March 27, 2020.