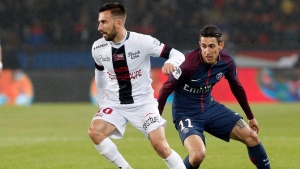 A club spokesman confirmed the acquisition of the 28-year-old midfielder on Monday.

Benezet's Guingamp team was relegated to the French second tier after finishing at the bottom of Ligue 1 last season with a 5-21-12 record.

The French winger started with the youth academy of his native Montpellier before joining Nimes in 2010. He moved to Evian in 2013 with a loan spell at Caen before signing with Guingamp in July 2015.

The former France under-20 player is good in dead-ball situations, can find open teammates and score himself.

Toronto has already used the summer transfer window to bring in Venezuelan winger Erickson Gallardo, whose MLS debut had been delayed by a quad strain. Veteran U.S. international centre back Omar Gonzalez also joined the team during the window and has already cemented himself at the heart of the Toronto defence.