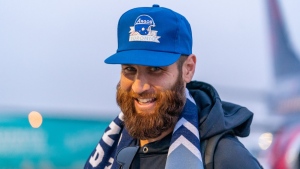 It's a scenario McLeod Bethel-Thompson has lived before.

The Toronto quarterback had a front-row seat five years ago when an upstart Argonauts squad registered a huge Grey Cup upset.

On Sunday, Bethel-Thompson will lead the underdog Argos against a Winnipeg squad chasing a third straight Grey Cup victory. What's more, the Blue Bombers are a stellar 6-0 in the playoffs over the past three seasons with veteran Zach Collaros under centre.

And once again, Collaros was a big part of Winnipeg's success this season. The 34-year-old threw a CFL-best 37 touchdown passes and won 15-of-17 regular season starts in being named a finalist for the league's outstanding player award, an honour he captured last year. 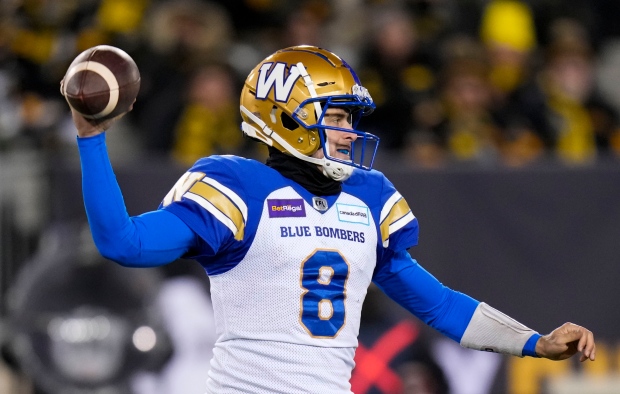 Winnipeg led the CFL in offensive TDs (58), passing TDs (44), passing efficiency (116.6), average per attempt (9.6 yards) and was second in offensive scoring (28.2 points per game). The Bombers also did a good job of protecting Collaros, allowing the second-fewest sacks (29).

And that could be important Sunday, as Collaros sustained an ankle injury in the West Division final.

Toronto also has some history working in its favour. The Argos have won their last six Grey Cup appearances (between 1991-2017), their last championship loss being a 38-26 decision to Edmonton in 1987 at B.C. Place Stadium.

Bethel-Thompson completed 19-of-27 passes for 299 yards and two touchdowns in leading Toronto past the Montreal Alouettes 34-27 last weekend in the East Division final.

But Bethel-Thompson and Co. will go up against a pretty stout Winnipeg defence. The Bombers were ranked first in the CFL in fewest offensive points allowed (19.2 per game), offensive TDs (27), net offensive yards (327.3), passing TDs (19) and tied for first against the pass (253.6 yards per game).

Toronto counters with a defence that led the CFL in turnovers forced (48), but Winnipeg's offence committed a league-low 23 turnovers. And even on those occasions when the Bombers did lost the turnover battle, they were often still good enough weather that storm long enough to find a way to emerge victorious.

Working against Toronto is the loss of Wynton McManis. The star linebacker, who had a team-high 88 tackles and was the Argos' nominee for top defensive player, sustained an upper-body injury in the East Division final. 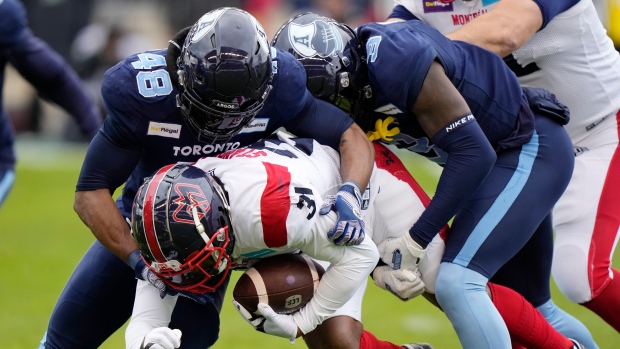 And Collaros has multiple weapons at his disposal.

Rookie Dalton Schoen proved to be Collaros's favourite target, leading the CFL in receiving yards (1,441) and touchdowns (16) while averaging a stellar 20.6 yards for each of his 70 receptions. Canadian Nic Demski had 10 TD grabs while Rasheed Bailey (63 catches, 729 yards, nine TDs) was also a factor in Winnipeg's receiving corps.

Veteran Greg Ellingson was limited to just eight regular-season games this year but has made a career of big-play performances.

Winnipeg's offence can do more than just throw the football. The Bombers were the CFL's second-ranked rushing team, averaging 113.5 yards per game, with Canadian Brady Oliveira registering 1,001 yards (five-yard average) in place of Winnipeg native Andrew Harris, who helped the Bombers win consecutive Grey Cups before signing with Toronto in free agency.

Oliveira rushed for 130 yards on 20 carries against B.C. as the Bombers rolled up 173 total yards on the ground over 31 attempts (5.6-yard average).

Harris was hampered by a torn pectoral muscle sustained in August. But he returned to the Argos' lineup in time for last weekend's win over Montreal, rushing for 42 yards on nine carries while scoring his first TD of '22.

The two teams met just once this season, with Winnipeg capturing a 23-22 victory at BMO Field on July 4. While Toronto had 426 offensive yards to the Bombers' 285, it lost the turnover battle 4-1 and allowed three sacks while registering just one.

With two Grey Cup wins under its belt, Winnipeg has a huge edge in championship experience and savvy to fall back on. And that should be enough to give the Bombers a third consecutive title.