DOHA, Qatar (AP) — If England needs any added motivation ahead of its final World Cup group game against Wales on Tuesday, it only has to watch a certain video from 2016.

Footage of Wales players celebrating wildly as their British neighbors crashed out of the European Championship after losing to Iceland went viral at the time.

England was humiliated. Wales, which lost 2-1 to the Three Lions in the group stage but went on to reach the semifinals, was jubilant.

Much has changed since then — a point England forward Marcus Rashford made ahead of the Group B match.

“I don’t think it takes a genius to see how we’ve improved since 2016. For me it feels like a completely different team. We’ve come on so much. We’ve learned a lot about ourselves along the way," he said.

“Back in 2016, if you look at that performance when we got knocked out the Euros, it is a million miles off where we are now. You cannot really compare the two situations.”

That sentiment is backed up by England’s tournament performances over the last four years — reaching the semifinals of the World Cup in 2018 and the final of last year’s European Championship, which it lost on penalties to Italy.

England is among the favorites to triumph in Qatar and only needs a point against Wales to guarantee qualification to the knockout stages. Depending on goal difference, England could still progress even if it loses that match.

For Wales, the jeopardy is much higher.

Bottom of the group with one point from its first two matches, Wales must win to have any chance of reaching the round of 16 at its first World Cup since 1958.

“That’s the hurt at the moment,” said midfielder Joe Allen. “It’s a feeling of missed opportunity in the first two games."

“Our focus now moves onto getting on the training pitch, putting in the work and preparing for the performance of our lives against England," he added.

Wales will be looking for inspiration from Gareth Bale if it is to win against England for the first time since 1984.

The Los Angeles FC forward came into the tournament on the back of just one game since the start of October and has looked labored in his performances. 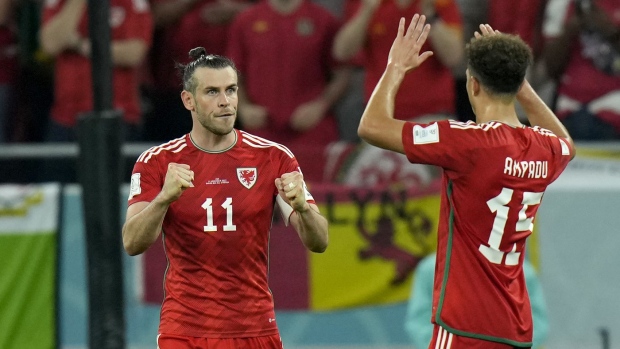 Meanwhile, England’s Harry Kane is yet to score at this World Cup and was off the pace in his team’s 0-0 draw with the United States after taking a heavy challenge in the previous game against Iran.

The Golden Boot winner from 2018 is just three goals away from overtaking Wayne Rooney’s total of 53 to become his nation’s all time leading scorer.

“With Harry, obviously we are going to pick a team we believe can win the game. That is our priority as always," he said.

“He is fine in terms of the knock he had. He’s trained well.”