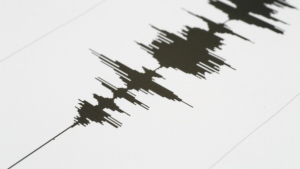 Chiang Mai resident Petchnoi Osathaphan said the long shaking left her feeling dizzy. “There are three new cracks at the baseboards and close to the windows,” she said of her house near the Mae Ping River.

High-rise buildings swayed slowly for half a minute in Bangkok, startling residents. Many online videos showed light fixtures swaying during the temblor.

The U.S. Geological Survey said the 6.1 magnitude quake was about 10 kilometres (6 miles) below the surface.

It was centred just inside Xaignabouli province in Laos, some 31 kilometres (19 miles) from Chaloem Phra Kiat district in Thailand's Nan province, which is about 610 kilometres (380 miles) north of Bangkok.

Moderate quakes of 4.6 and 5.7 magnitude shook the same area overnight.

The Thai-owned, coal-fired Hongsa Thermal Power Plant in Xaignabouli said its system to prevent damage from tremors operated as planned and shut down the system to avoid damage. It said an initial survey of the plant's two dams showed no structural damage, but a more comprehensive survey was expected to be completed within 24 hours. Some structures suffered minor damage, it added.

This story has been corrected to fix location of epicenter.