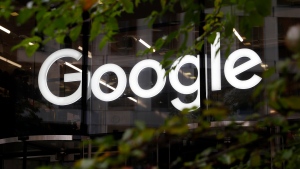 FILE - This Nov. 1, 2018, file photo shows a photo of the Google logo at their offices in Granary Square, London. The European Court of Justice's ruled Tuesday, Sept. 24, 2019, that there is no obligation under EU law, for a search engine operator to extend beyond the EU member states the court's 2014 ruling that people have the right to control what appears when their name is searched online. (AP Photo/Alastair Grant, File)

The company says that as of January, advertisers will only be able to target U.S. political ads based on broad categories such as gender, age and postal code. Currently, ads can be tailored for more specific groups - for instance, using information gleaned from public voter logs, such as political affiliation.

The company is also requiring advertiser verification for a broader range of political messages. Previously, only ads mentioning candidates or officeholders for federal positions required verification. Now that will also include ads touching on state officials and candidates as well as ballot measures.

The move follows Twitter's ban of political ads, which goes into effect on Friday.