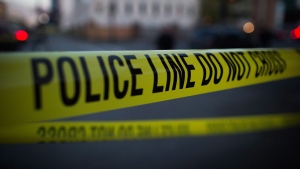 KENOSHA, Wis. (AP) - Three people are dead and two others critically wounded following a shooting at a home in the southeastern Wisconsin city of Kenosha, police said.

Details about what led to Tuesday night's shooting weren't immediately released, but the Kenosha Police Department said on Twitter that it “believes this to be an isolated incident with no threat to our community.”

No suspects were actively being sought, police said. Names and ages of those shot weren't immediately released.

The circumstances of the shooting were under investigation.

One person was taken from the scene by Kenosha Fire Department paramedics to a high school, where a medical helicopter transported the individual to a hospital. Kenosha Police Lt. Joe Nosalik said another person was taken to a hospital for treatment. Both were in critical condition early Wednesday.

Residents of the neighborhood near Lake Michigan where the shooting took place said they were stunned as multiple police and emergency rescue vehicles converged on the scene.

Joyce Johnson said she had been out when she heard the blaring of multiple sirens from police speeding toward the neighborhood.

“We have no problems down here at all. None whatsoever,” she told the Kenosha News. “That's why it's so shocking, very shocking to see every police (squad) car in Kenosha here.”