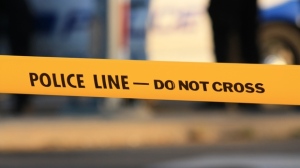 BRASILIA, Brazil (AP) - A shooter armed with a semiautomatic pistol and wearing a bulletproof vest fatally shot two teachers and a student, and wounded 11 on Friday after barging into two schools in southeastern Brazil, authorities said.

The shootings took place at a public school with elementary and middle school students and a private school, both located on the same street in the small town of Aracruz in Espirito Santo state, the state's public security secretariat said in a statement. It was not immediately clear if authorities had caught the shooter.

In addition to the fatalities, 11 people were wounded, including nine instructors, said Celante, who noted that in the public school the shooter gained access to the teachers lounge after breaking a lock.

The shooter covered his face, making it difficult to identify him, Celante said, adding that police are investigating whether he was helped by others.

School shootings are uncommon in Brazil, but have happened with somewhat greater frequency in recent years.

In a video posted to social media, Espirito Santo Gov. Renato Casagrande said he is monitoring the situation and has sent authorities to investigate.