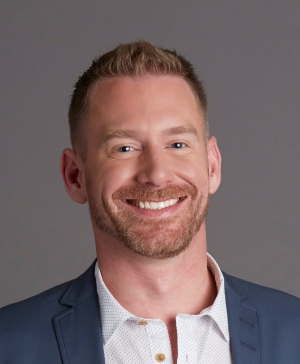 Meteorologist Bill Coulter is the trusted voice and first stop of the day for Toronto commuters who tune in to CP24 BREAKFASTfor the latest weather news. He joined CP24 BREAKFAST in December 2011, serving up weather news on the popular morning show, and sticking around to tell the weather story for viewers throughout the morning on CP24.

Endorsed by the Canadian Meteorological and Oceanographic Society, Coulter has 15 years of local and national broadcast experience, and has served as Meteorologist for Global Toronto, The Weather Network, and Toronto1 (later known as SunTV before signing off the air). Most recently, Coulter was named recipient of the Bronze Award in the Broadcast Category of the 2016 Toronto Sun Readers’ Choice Awards.

While weather is at the forefront of his broadcast career, Coulter’s experience includes lifestyle as host of a local history and architecture program, and broadcasting live from the red carpet at the Toronto International Film Festival.

An accomplished script writer, Coulter’s first professional children’s television script was brought to the small screen when he was just 25-years-old. He’s also a successful actor with credits including The Kennedys, NIKITA, and Total Recall. Coulter is also a trained Opera singer.

Coulter’s father was diagnosed with Parkinson’s disease and as a result, Coulter’s charity of choice is the Parkinson’s Society of Canada. Since 2008, he has acted as Grand Marshall for their SuperWalk and participates in many other events throughout the year with the organization.

A native of Montréal, Coulter moved to Toronto in 1991 to attend Ryerson University in Radio and Television Arts. He is an avid runner and media ambassador for the Sporting Life 10k in support of Camp Oochigeas, and is a keen traveler, having circumnavigated the globe in January 2016.