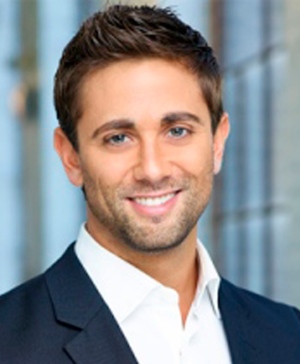 Jamie Gutfreund is a News Anchor/Reporter/Weather Specialist throughout the week on CP24.

Gutfreund became an on-air member of the most up-to-date weather and traffic team in May, 2009. In 2011, he joined the CP24 BREAKFAST as Remote Host, reporting from many of the city’s parades, festivals, fundraisers and musical events including the MMVAs. His enthusiastic and energetic reports have been featured on 104.5 CHUM FM, MuchMusic, and CTV NEWS CHANNEL. In 2014, Gutfreund was named Co-Host of CP24 BREAKFAST WEEKEND. Recently, Gutfreund was selected as the National and Regional winner of Best in Journalism at the 2016 Notable Awards.

Gutfreund began working for CP24 as an editorial assistant in August 2008, later moving to a general assignment reporter position. Behind the scenes at CP24, he helped chase stories including the 2009 H1N1 flu outbreak, the 2009 Inauguration of U.S. President Barack Obama, special coverage of the 2008 Canadian Federal Election, and the Sunrise Propane explosion in August 2008.

Prior to his time with CP24, Gutfreund held positions at CBC’s The National and Newsworld in various editorial capacities.

September 11, 2001 forever changed the way Gutfreund viewed life, history, and the future. His interest in journalism was formed, and he decided to return to school to complete the broadcast journalism program at Seneca College where he graduated with honours in 2006 after earning an award for “Best Documentary” at the Seneca College Media Awards. Gutfreund is also a graduate of the Harris Institute For The Arts with an honours degree in Recording Arts Management.

Originally from Thornhill, Ont., Gutfreund has a passion for music and outdoor activities including swimming, cycling, and running, and is also an avid concert goer, motorcycle enthusiast, and animal lover.