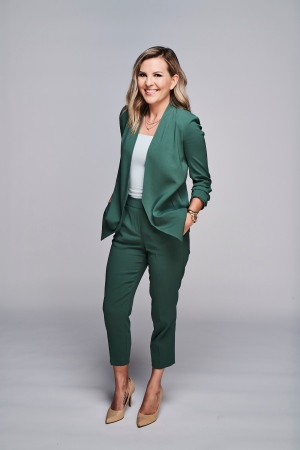 Kelly has wanted to work in broadcast news since she was seven years old. She pursued her career path by studying journalism at Ryerson University.

After finishing her degree, she took her first broadcast job in B.C. She was the only person in the news department at the local radio station in Campbell River.

Then in 2012 she joined the Bell Media team anchoring the news on CFAX 1070 radio in Victoria.

In 2013, the opportunity arose to make the move to television. Kelly joined CKPG in Prince George as a video journalist, but quickly transitioned to report as well as anchor news, weather and sports.

She started her trek eastward when she accepted a position on CTV Morning Live in Winnipeg.

From there, she made Halifax her home. During her four years at CTV Atlantic, she worked as an anchor, reporter and co-host of CTV News at Five and host of CTV Morning Atlantic before making the switch to covering breaking news at CP24.

Kelly may work in news but she is also an avid consumer of it. Even in her off hours, you’ll find her reading the paper or watching the news.

When she’s not listening to a podcast or refreshing Twitter, Kelly loves reading, trying to become a runner, and planning her next trip.