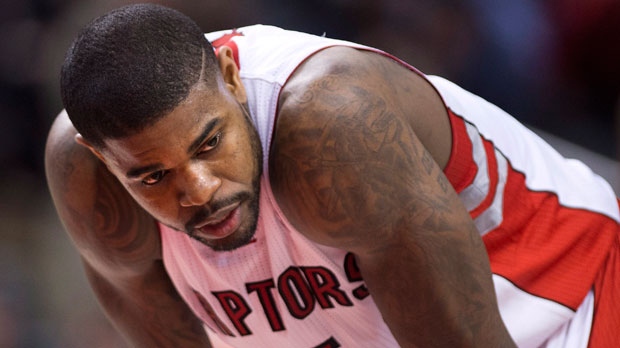 TORONTO - For the second time this season, the NBA says officials made a mistaken call against the Toronto Raptors that potentially changed the outcome of a close game.

The league said on its website Friday that Raptors forward Amir Johnson should have been awarded two free throws when he was fouled by Chicago's Joakim Noah while driving to the basket late in overtime in Toronto's 107-105 loss to the Bulls on Wednesday.

Instead, officials ruled the foul was on the floor and the Raptors had to inbound the ball with one second left. Jose Calderon's three-point attempt missed and the Raptors lost.

Had Johnson been awarded the free throws and hit them both, the game almost certainly would have went to double-overtime.

It's not the first time the league has had to point out a crucial blown call against the Raptors.