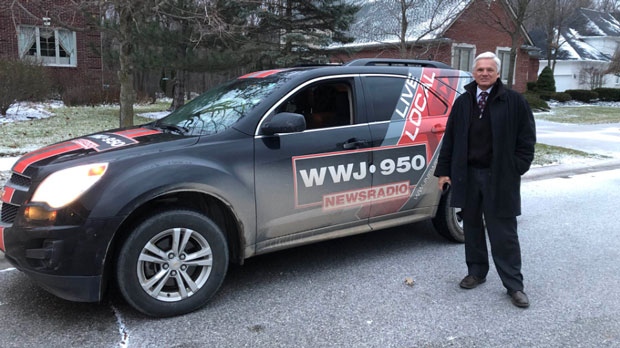 SHELBY TOWNSHIP, Mich. -- A reporter who helped police catch a robbery suspect last week followed up with another good deed by finding an 89-year-old suburban Detroit woman with dementia who had wandered away from home in sub-freezing temperatures.

WWJ reporter Mike Campbell was covering Barbara Kasler's disappearance when he spotted her Wednesday morning in her pyjamas and slippers along a street in Shelby Township.

Campbell took Kasler into his vehicle and cranked up the heat until police arrived. She was taken to a hospital for observation.

Campbell says he was just "in the right place at the right time," but police tweeted that "We owe you lunch!"