Toronto police along with several other police services in Ontario say they have successfully dismantled a criminal street gang and arrested over 114 people who are facing roughly 800 charges in a provincewide gun, gang, drugs and human trafficking investigation.

“Early on, our intelligence led us to believe that members of the Eglinton West Crips and their associates were allegedly involved in numerous violent incidents that have plagued our communities over the last three years,” Deputy Chief Myron Demkiw said during a press conference on Thursday. 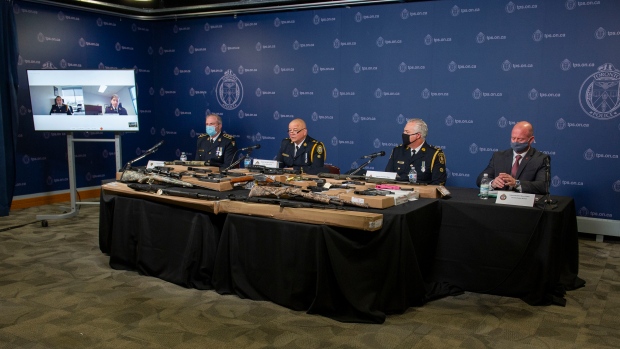 “We also allege that the Eglinton West Crips were involved in extensive gun and drug trafficking networks that spanned the province of Ontario. These networks are alleged to have trafficked large quantities of narcotics specifically cocaine and fentanyl to many communities outside the Greater Toronto Area, as far away as Thunder Bay,” he added.

Toronto police have released images of the seized firearms on Thursday. 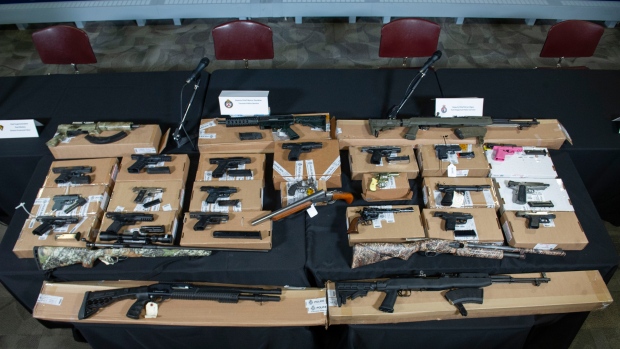 Other drugs seized include heroin, oxycodone, percocets and MDMA.

Arrests have been made in 15 different cities and once the project is over it’s anticipated that more than 114 people will face roughly 800 charges, police said.

Police also allege that the leaders of the Eglinton West Crips were among those arrested. 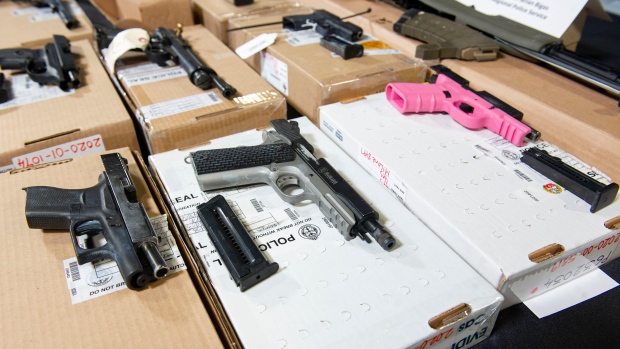 “The success of this provincewide investigation is a testament to how effectively police work together,” OPP Chief Superintendent Paul Mackey said at the press conference. “This particular investigation clearly demonstrates how GTA-based street gangs have influence across Ontario, from Ottawa to Thunder Bay and many places in between.”

Demkiw also credits the collaboration between the police forces for the success of Project Sunder.

“...There are no borders for the criminal element that we investigate and our continued cooperation with our partners to co-produce safety is an essential element of the City of Toronto itself,” Demkiw said. “The reality is that the integration of our efforts across borders serves all of our communities very very effectively and is very very necessary.”