An 18-year-old man riding his bicycle was killed Wednesday evening after being hit by the driver of a dump truck in downtown Toronto.

Emergency crews were called to the intersection of Avenue Road and Bloor Street West before 6:30 p.m. for a collision.

Duty Insp. Michael Williams said the cyclist and the truck were travelling north on Avenue Road when the incident happened.

"They were both in the curb lane. And apparently, from the sounds of it, the dump truck maybe didn't give the cyclist enough room and the cyclist was subsequently struck," Williams said.

He added that other drivers and pedestrians needed to alert the truck driver about the collision.

The cyclist suffered life-threatening injuries and was pronounced dead. 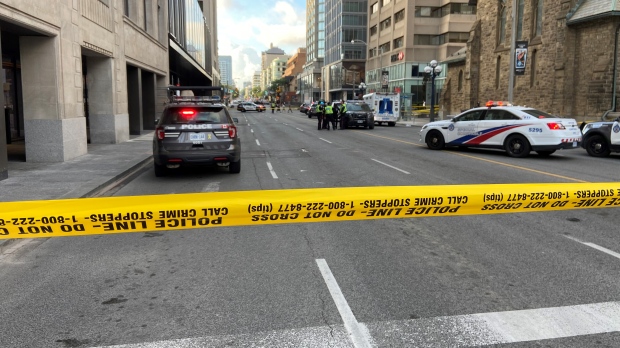 Williams said the 50-year-old driver of the truck remained at the scene and is cooperating in the investigation.

"It's very tragic and very preventable," he said.

"We've had pretty open roads for a long time. And now we've got very high concentrations of pedestrians and cyclists joining the roads again. So we're just asking everyone to maybe just slow down a little bit or take a second, maybe take that extra look and try and be safe because we've got a fight far higher concentration of people out on our streets right now."

When asked whether charges will be laid, Williams said investigators are still trying to piece together what happened.

"Our officers are speaking with the driver of the (cement) truck right now. A lot of things would be considered -- speed, impairment if that's a factor," he said.

Police are asking for anyone with information, including dashcam video, to come forward and contact 53 Division or Traffic Services.