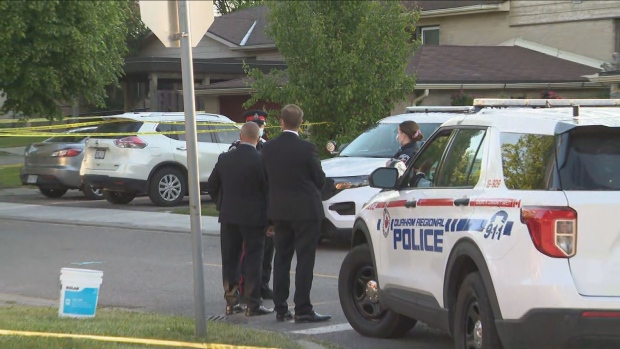 Police are investigating a fatal shooting in Ajax on Wednesday morning.

Two Toronto men have been charged in connection with the fatal shooting of a 29-year-old man in Ajax in June 2021.

Durham police responded to a shooting at a home on Smith Lane, in the area of Rossland Road West and Westney Road North, just after midnight on June 2.

When they arrived, they located Trurell Brown suffering from multiple gunshot wounds. He was taken to the hospital, where he later died of his injuries.

At the time, police said they were looking for two suspects who fled the scene.

They were each charged with first-degree murder.