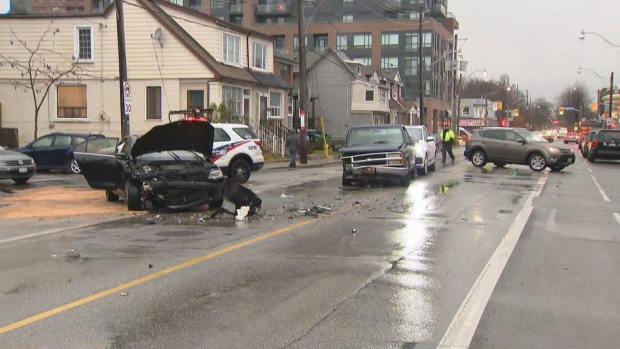 Toronto police are investigating a car crash in the east end that sent two people to hospital.

Two people were seriously injured in a collision in the city’s east end on Thursday afternoon.

Emergency crews were called to a crash at the intersection of Greenwood and Chatham avenues, south of Danforth Avenue, just after 2:30 p.m.

Paramedics said one person was taken to a trauma centre with possibly life-threatening injuries, while another was transported to a local hospital in non-life-threatening condition.

Police have closed the roads in the area for investigation.