“This is not downtown Toronto”: says trustee behind controversial tweets 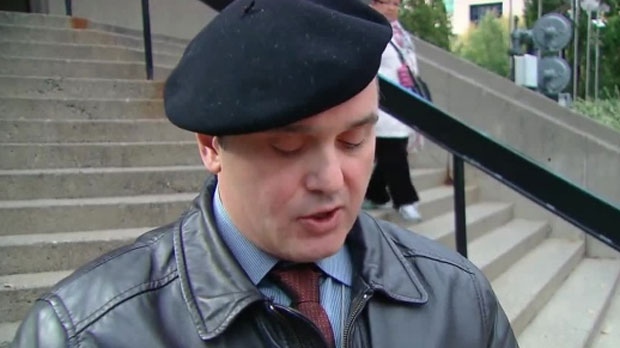 Sam Sotiropoulos, a Toronto school board trustee, says he’s received an ‘excellent response’ in his re-election campaign so far, despite a wave of negative attention over comments he made about transgenderism on social media.

On Aug. 29, the trustee sparked a storm of angry responses on social media when he suggested that transgender people may in fact be mentally ill.

“Until I see scientific proof that transgenderism exists and is not simply a mental illness, I reserve the right not to believe in it. #TDSB,” the Scarborough area trustee tweeted.

Sotiropoulos said he made the comment in response to posters put up in undesignated school spaces that “encouraged children to cross-dress.”

Responding to the outcry, Sotirpoulos said many of his critics are “bullies” who are trying to shut down debate and said he doesn’t regret the comments. He said he doesn’t think the controversy has hurt his chances of re-election either.

“Not at all,” Sotiropoulos said. “In fact it has strengthened my position. This is not downtown Toronto. Folks in my ward don’t think we should be confusing children with these issues in elementary and the lower grades.”

He said parents in his ward have told him they don’t think children should be introduced to issues such as transgenderism before they reach puberty.

“These comments are hurtful and grossly unfortunate that an elected official would make remarks that go against prevailing medical opinion,” TDSB Ward 20 candidate Matthew Gregor wrote on his campaign website.

Speaking with cp24.com, Gregor said he worries the comments might convey the wrong message about what the TDSB stands for.

“It’s hurtful because transgender people within the school system might hear what he has to say and might be affected,” Gregor said.

Two others are also challenging Sotiropoulos for the seat, including a former MP’s assistant Manna Wong and education student Shopana Pannerselvan. The candidates did not answer a request for comment.

While the comments have caused a stir, it’s not clear that they will affect Sotiropoulos at the ballot box.

“A lot of people don’t know who their current trustee is,” Gregor points out. “It’s a bit of a challenge to inform people.”

An IT specialist, Sotiropoulos has been a trustee for two years since beating out a crowded list of more than a dozen candidates in a 2012 byelection after previous trustee Soo Wong won a seat in the 2011 provincial election. Sotiropoulos had lost to Wong twice before in 2006 and 2011

In the 2012 byelection, he beat nearest rival Manna Wong by just 165 votes.

Sotiropoulos’ comments didn’t end with complaints on social media and from campaign rivals.

In a letter to TDSB Director Donna Quan on Sept. 9, ETT President John Smith called the comments “offensive” and questioned whether they might constitute a violation of the TDSB Human Rights Policy.

“On behalf of the Elementary Teachers of Toronto, I would like to express our continuing dismay at remarks and comments made by TDSB Trustee Sam Sotiropoulos,” Smith wrote in the latter.

He further requested that the TDSB launch an investigation to see whether the comments constitute a violation of the board’s policies.

However in a letter to TDSB Director Donna Quan, the board’s legal counsel stated that Sotiropoulos did not violate board policies as he was not speaking as a representative of the board.

“The tweets from Trustee Sotiropoulos are his personal communications,” TDSB lawyer Tony Brown wrote to Quan in a Sept. 2 letter. “He does not represent himself as speaking for the Board. Quite the contrary.

“The Board is not in the business of formally censuring trustees for holding beliefs that are contrary to Board policy. The Charter of Rights and Freedoms guarantees freedom of belief and freedom of expression.”

In the letter, Brown says trustees have far more latitude to express themselves than teachers do, as teachers are considered role models, even outside of the classroom.

However Brown said the TDSB could distance itself from the comments.

In the meantime, Sotiropoulos said he continues to read and speak with experts to “educate himself” about the topic before forming an opinion. He added that parents are “up in arms” worried that they can’t speak out against sex education initiatives in schools.

“Parents are afraid to confront teachers and administrators about these matters because they feel there will be recriminations against their children,” he said.

Asked if he was aware of any cases where that had happened, Sotiropoulos declined to comment.

A representative from the TDSB’s Gender-Based Violence Prevention Office, which was responsible for the posters that spurred the tweets, could not be reached for comment.