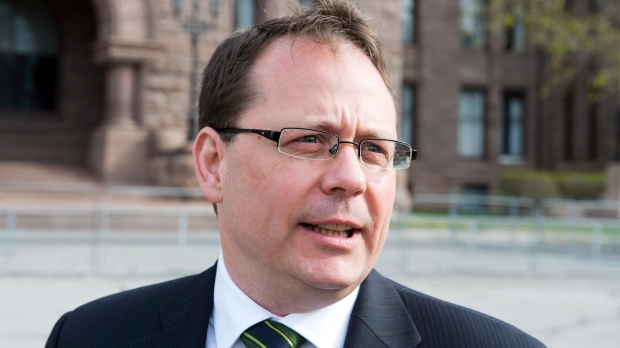 Green Party leader Mike Schreiner launches his campaign in front of the Ontario Legislature in Toronto on Wednesday May 7, 2014. THE CANADIAN PRESS/Frank Gunn

Leader Mike Schreiner kicked off his campaign Wednesday saying the province needs a couple of "Green" voices in government.

He says anyone who's kept an eye on Queen's Park knows "what a mess this place is."

An example, he says, are what he calls the political games being played with funding for transit by the three main parties.

Schreiner says he can emulate the example of his federal counterpart Elizabeth May, who he says has received accolades as the first elected Green voice in Ottawa.

The party, which did not have a seat in the legislature, plans to focus on job creation by supporting small businesses, improving education by ending segregated school boards, and protecting vital resources such as farmland and water.