26-year-old man accused of throwing woman to ground, punching two men and assaulting others at Yonge and Dundas 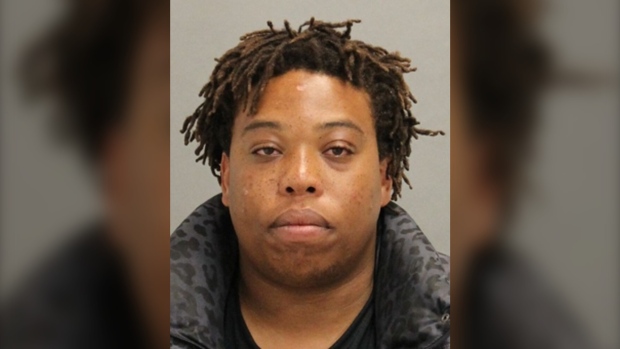 Diamond Ekanem is charged with assault after allegedly throwing a woman to the ground and punching two males in downtown Toronto. (Toronto police handout)

Police have charged a 26-year-old man after he allegedly threw a woman to the ground, punched two men and assaulted numerous others in downtown Toronto Sunday morning.

The incident happened near Yonge Street and Dundas Street West around 9:15 a.m.

Police said a man was walking into the intersection when he allegedly struck the hood of a vehicle.

He then walked east on Dundas Street, and grabbed a woman and threw her to the ground, police allege.

The man also allegedly punched a male pedestrian and a male cyclist in the face.

Police believe he also assaulted other people who attempted to intervene.

The man identified as Diamond Ekanem of Toronto was arrested and charged with causing a disturbance by fighting/shouting/swearing, assault, and failing to comply with probation.

He is scheduled to appear in court on Monday.

Police are appealing for victims and witnesses to come forward and contact them.