Homicide detectives are investigating the death of a 27-year-old man who was found with gunshot wounds after his vehicle crashed into a townhouse in Scarborough early Thursday morning.

At around 3:45 a.m., Toronto police responded to an unknown trouble call in the area of Washburn Way and Tapscott Road where a car reportedly crashed into a wall of a townhouse. 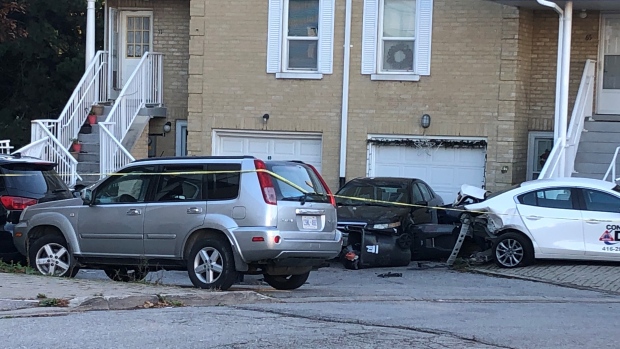 Police say the driver, a man, was found injured and unresponsive inside the vehicle.

Paramedics rushed the driver to hospital in life-threatening condition and he was pronounced deceased shortly after, police said.

Police have identified the driver as Jamal James, of Toronto. 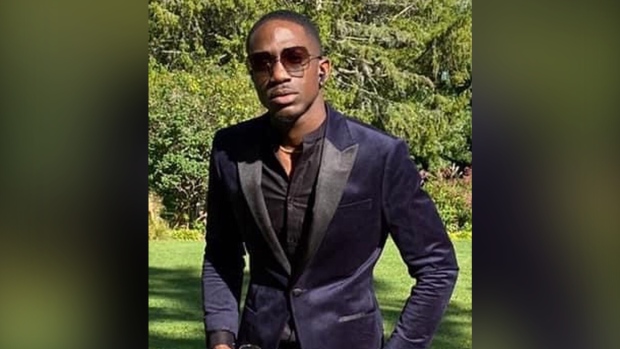 Homicide detectives have taken over the investigation.

A man who identified himself as James' uncle spoke to CP24 and and is devastated by the incident.

"I don't know why they shoot him, he never did anything to nobody...About five years ago he graduated from Durham Region, business administration... he just opened a little tattoo place," Clement Stephens said.

Officers said evidence of gunfire was found inside the vehicle.

McGinn said the cause of the collision is being investigated.

Police could not confirm if the shooting was targeted. 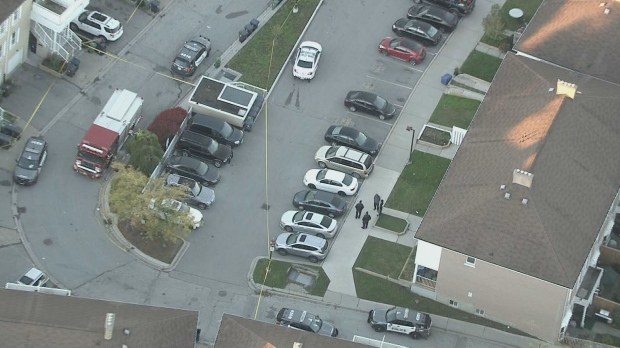 "We're doing a canvass of the immediate area. Anyone who does have any video that they can provide to the police we would encourage them to provide it to us," McGinn said.

The area is closed off as police investigate.

Anyone with information can call police or Crime Stoppers anonymously.