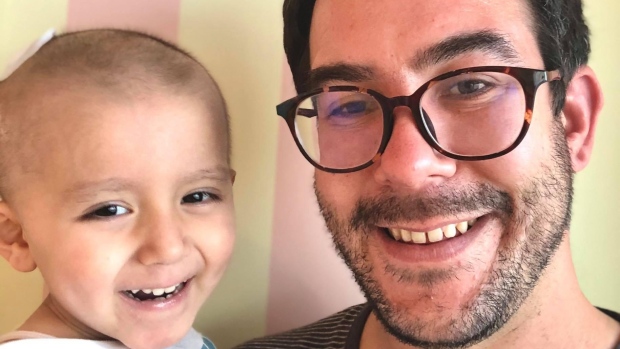 A 3-year-old Japanese-Canadian boy’s family is raising money for the life-saving treatment he needs after being diagnosed with two rare forms of cancer.

Hide Chamberlain, 3-years-old, was diagnosed with Adrenocortical Carcinoma, a rare disease in which cancer cells form in the outer layer of the adrenal gland, in the summer of 2020.

Since his initial diagnosis, Hide has been told his Adrenocortical Carcinoma has resulted in another form of cancer, Li Fraumeni Syndrome. He has endured three major surgeries in this time, removing tumours from his abdomen, lung and lymph nodes, and brain, only to be informed that the tumours had returned a month later.

“He doesn’t understand at all what’s going on, He just wants to go outside to play,” Dawn Gorgichuk, Hide’s grandmother, wrote in a GoFundMe started for Hide.

Despite all of it, Gorgichuk says Hide has remained in good spirits.

“Hide remains happy and very energetic, always dancing to his favourite song.”Everyday I’m Shuffling” by LMFAO. The day he was diagnosed with the brain tumour, he actually got a personal message from Redfoo himself. He was elated,” Gorgichuk told CTV News Toronto.

While Hide currently lives in Japan with his parents, Yui and Jon Chamberlain, both of whom have had to step away from their employment to take care of Hide, he is a Canadian citizen.

Now, the key to Hide’s treatment might bring them back to Canada.

When researching Li Fraumeni Syndrome, Hide’s family came across the work of Dr. David Malkin at SickKids Hospital in Toronto, whose research on the disease is leading the industry. The family has been able to have a conference call with Dr. Malkin, who is looking into Hide’s case.

“We reached out to SickKids Hospital in Toronto and Hide’s tumour tissue and bloodwork have been sent to them for testing,” Gorgichuk said, “He actually has a patient ID number there now.”

“Our hope is that he will be able to come to Toronto to receive treatment. However, time is running out,” Gorgichuk continued.

Hide’s family have started fundraising to cover treatments in Japan needed to stabilize Hide in order to make the journey to Canada, to cover the costs of the journey itself, and to support Jon and Yui after being forced to leave their jobs.

“We [..] are very grateful for all the love and support received thus far, but really need [..] help, if possible, to give Hide the chance to live,” Gorgichuk told CTV News Toronto.