$300M in funding for TCHC repairs may save units from being boarded up: Tory 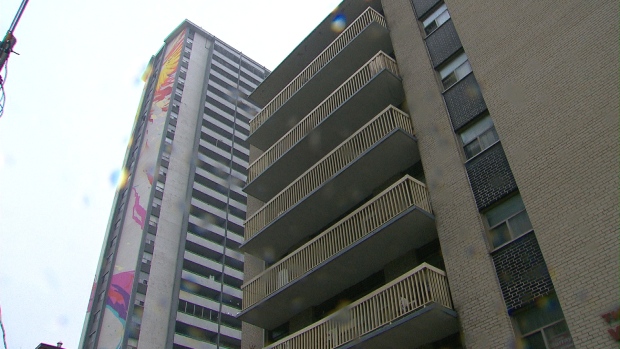 Affordable housing units are pictured in this file image.

The province will provide Toronto with more than $300 million in funding for repairs and energy retrofits of aging social housing units over the next five years, an investment that Mayor John Tory says could help keep hundreds of units that were otherwise slated to close from being boarded up.

Minister of Housing Peter Milczyn announced on Thursday morning that Ontario will provide the city with $343 million in funding for social housing repairs and retrofits, using proceeds from the cap-and-trade market. The money includes $43 million in funding that was announced in April, 2016, meaning that the total amount of new dollars is closer to $300 million. Toronto will receive $120 million of that total investment in 2017, allowing repairs to begin immediately.

“If you add it all up we are still some distance from being able to say we have the entire problem addressed but we are talking about $300 million plus dollars so that is a very significant step forward and it will allow us to continue with a lot of the repair work that we have already been doing,” Tory told reporters on Thursday. “What we are hearing today is good news for Toronto. I believe this announcement represents a strong indication that this Ontario government has stepped forward on housing, especially in regards to our most vulnerable residents.”

Tory has previously criticized the province for failing to adequately fund social housing repairs in Toronto.

As recently as May he chastised the Liberal government for not including money for repairs in its budget, noting that they had a “moral imperative” to step up.

On Thursday, however, Tory credited the province with coming forward to the degree that they have.

“Today is not the ultimate and overall answer but I think it is a huge step forward to having us operate in a partnership,” he said.

Some restrictions on funding

While the money being invested in social housing will be reserved for repairs and energy retrofits that will help reduce the overall carbon footprint of buildings, Tory said that he has had “encouraging” conversations that suggest the city will have “as much flexibility as possible” with how it chooses to spend the money.

He said that everything from the replacement of windows to boilers could conceivably be considered an energy retrofit and in cases where a needed repair doesn’t qualify, the city would simply take the savings from one project that does qualify for funding and apply it to another that doesn’t.

“Some of the buildings don’t necessarily need energy retrofits but we can apply the money to energy retrofit where they are needed, where we might have had to replace a boiler without any help, and then take the money we would have had to apply to that to fix up a building and stop it from closing,” he said.

The $300 million in committed funding represents the first significant infusion of provincial dollars into a a $2.6 billion, 10-year capital repair plan for crumbling TCHC buildings that was approved four years ago.

By the end of 2017, the city will have invested $870 million in repairing TCHC units as part of that plan, which represents its entire one-third share.

TCHC officials had previously warned that without further funding 1,000 crumbling units may have to close by the end of 2018 and 7,500 units may have to be boarded up by 2022 but on Thursday Tory told reporters that the provincial funding will likely keep the number of units that have to be shuttered to “zero or a very small number,” at least for now.

He said that the provincial commitment along with the federal government’s promise to provide municipalities with $11.2 billion in social housing funding over the next 11 years represent a turning point of sorts.

Provincial funding for social housing repairs in Toronto is part of a province-wide investment of up to $650 million.

Milczyn said the funding will “help keep social housing units open” across Toronto and is ultimately about “making social housing more sustainable in the long-term.”

“By tackling these core social housing needs, our five-year investment will have a multiplying effect. It will ensure the investments made by Toronto City Council and Toronto Community Housing stretch that much further,” he said.