Toronto police say a cutting-edge piece of DNA analysis technology not yet used in Canada led them to solve a 36-year-old cold case involving the rape and murder of a 9-year-old girl north of Toronto.

On Oct. 3, 1984, Christine Jessop went missing from her home in Queensville, Ont. in York Region, just west of Highway 404.

“She was described as a girl who loved life – family, schools and sports,” Toronto Police Chief Jim Ramer said Thursday.

There was evidence she was sexually assaulted prior to her death.

A semen sample collected from Jessop’s underwear, which investigators were only able to test years later due to advances in forensic technology, did not match Morin’s DNA.

In a statement issued on Thursday afternoon, Morin expressed relief at the fact that police have finally solved the case and said that he hopes it will give “some peace of mind” to Jessop’s family, who have been through “a dreadful ordeal for 36 years.”

“I am grateful that the Toronto Police stayed on the case and have now finally solved it. When DNA exonerated me in January, 1995, I was sure that one day DNA would reveal the real killer and now it has,” he said. “Christine’s murder was a terrible and tragic event. In the circumstances, this is the only statement that I will be making.”

Morin’s release sparked a lengthy inquiry into police techniques during the original homicide investigation and the case remains one of the most widely-known examples of wrongful conviction in Canada.

The Ontario government eventually paid Morin $1 million in compensation for his wrongful conviction and imprisonment.

That same semen sample used to exclude Morin as a suspect was eventually analyzed again in the past year, using a form of DNA analysis used by American law enforcement officials but not yet available to labs in Canada.

While it did not give an immediate match to anyone linked to the case, Ramer said officers from the Toronto police cold case squad asked the Americans to run the DNA through an emerging mode of analysis known as genetic genealogy, which develops a whole family tree of individuals, rather than a single match.

Staff Supt. Peter Code said the semen sample created links with two “families,” and within both of those, they identified a man who came up in the original investigation in 1984 as being known by the Jessop family.

That man was Calvin Hoover, who was 28 at the time of Jessop’s death.

“If he were alive today, the TPS would arrest Calvin Hoover for the death of Christine Jessop,” Ramer said of Hoover, who died sometime in 2015.

Police definitively made the match on Oct. 9.

“Our investigators met with Christine’s mother this morning, and continue to be with her at this moment,” Ramer said.

Ramer said that a review of the original case files from the 1984 investigation found that Hoover’s name did come up as a person of interest.

“He and his wife had a neighbour-acquaintance relationship with family,” Ramer said. “He may have worked with Jessop’s father.”

He was never considered a suspect during the original investigation.

Hoover had a dated criminal record but both Ramer and Code said it had nothing to do with the Jessop case.

His death in 2015 did not involve foul play but police did not elaborate.

Code said that the successful identification of Hoover involved more than just the DNA test.

The sample generated dozens of names across two families, and investigators had to spend a considerable amount of time working through each name.

Ontario’s Centre for Forensic Sciences also happened to have a blood sample from Hoover, solidifying the connection between his DNA and the sample from Jessop through a positive match.

Even though he is long gone, Ramer said they are interested in what Hoover did between 1984 and his death, appealing to anyone who knew him to come forward.

“We’d quite frankly like to know what he was doing,” Ramer said.

‘It all fits together:’ Jessop family gets the call they’ve been waiting for years

As years have gone by without a break in the case, Jessop's brother Ken said the glimmer of hope that it will be solved got a little dimmer.

"You keep holding for 36 years, and something's going to happen. They're going to break it."

That’s why he has not fully processed the news that his sister’s killer has been identified. The Jessop family finally got the phone call they’ve been waiting for years on Thursday morning. 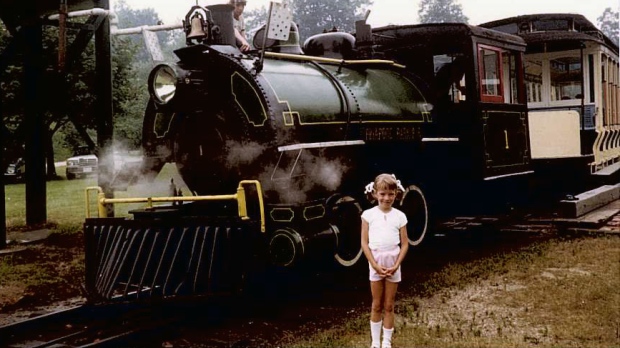 "I more so feel how important it is for my mother to have closure. She's getting older, and she started believing that she never have the answer. And this is the most wonderful news we could have ever gotten," Ken said during an interview with CTV News Toronto.

"We can stop looking backwards."

Upon hearing Hoover's named, Ken said he was in stunned disbelief, then he became angry, and then the tears came.

"I went through all the stages of grief in about 20 minutes," Ken said. "And then, acceptance."

While he does not remember Hoover, Ken, who was 14 years old at the time, said he recalled having get-togethers with their family.

He noted that he didn't notice anything suspicious about Hoover when their families gathered.

Finding out that Hoover was the suspect, Ken said, "all the pieces fit together."

Before Jessop went missing, he said his mother made three calls, and one of them was to Hoover's wife to inform her that Jessop was having a tantrum because she was not allowed to see her father in jail.

"It had to be someone who knew my father was in jail and used the pickup line of I'm going to take you to see your father," Ken recalled.

Although it is not easy to learn that a family friend was behind the murder, he said her mother is relieved that the answers she had been praying for had been finally answered.

Ken noted that he and his mother, who now lives in Niagara Falls, made their first visit to the gravesite together for the first time in 30 years two weeks ago.

Meanwhile, when asked what’s his message to Morin, Ken said he is glad that he finally got the final shred of doubt out of the public's mind.

"He can live life without having to look over his shoulder," Ken said. "I'm happy for him. And I'm so happy for the police that they never gave up."

"They made a miracle happen."

Calvin Hoover, believed to be responsible for the death of 9-year-old Christine Jessop in 1984, is shown in an image taken in 1996.