4 things to know about the Pan Am HOV lanes: provincial vs. municipal roads 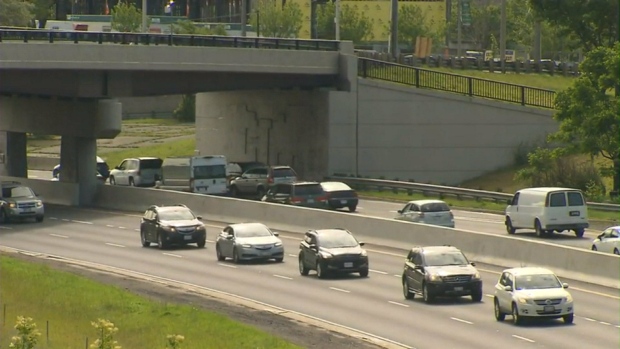 Police began enforcing new rules for HOV lanes on Monday ahead of the Pan Am and Parapan Am Games.

Here are four things you need to know to get by on roads in and around Toronto for the next few weeks. Remember, there are some key differences between rules and fines on municipal roads versus provincial roads.

1. Where are the HOV lanes?

In Toronto, you can expect to see the HOV lanes on the Gardiner Expressway, the Don Valley Parkway and Lake Shore Boulevard. In York Region, the lanes will run on a short strip of Jane Street between Steeles Avenue and Highway 407.

On provincial highways, the temporary rules will be in effect on the QEW and highways 401, 404 and 427.

Meanwhile on Highway 403, rules for regular HOV lanes will not change so the two-person rule still applies.

2. Who is allowed on the HOV lanes?

Usually, HOV lanes can be used by any vehicle with two or more people inside. Starting Monday, and for the duration of the Pan Am Games, that number changed to three.

The change is to accommodate additional traffic heading to Pan Am venues. Vehicles accredited for the games will be used to transport athletes, media and technical officials along the HOV lanes throughout the games. Emergency vehicles, public transit vehicles and licensed taxis will also be allowed to use them.

3. When are the restrictions in place?

The lane restrictions will operate between 5 a.m. and 11 p.m. throughout the Pan Am and Parapan Am Games.

What happens if you drive on the restricted lines without meeting the requirements? Drivers caught breaking the rules will be fined differently depending on the jurisdiction of that road.

Drivers busted on provincial highways (the QEW and highways 401, 427 and 404) will be fined $110 and docked three demerit points if convicted. Those breaking the rules on municipal roads (the Gardiner Expressway, the Don Valley Parkway, and Lake Shore Boulevard) can expect to be fined $85 but will not receive any demerit points. There will also be no demerit penalty for those who break the rules on the small stretch of Jane Street between Steeles Avenue and Highway 407 and the fine is also $85.