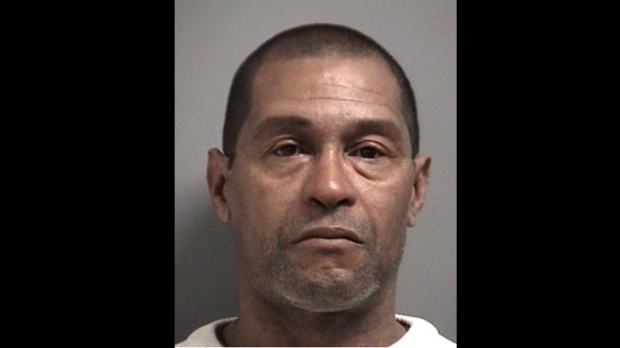 Peel Regional Police is asking for the public's help in looking for a 50-year-old man wanted in a series of frauds in Mississauga.

It is alleged that on Nov. 4, 2018, the suspect persuaded a 70-year-old Brampton man to get a home security monitoring system. The suspect, police said, then told the victim to give him two brand new cell phone and the victim's laptop.

The items were never returned.

Last month, a 64-year-old Toronto woman, who met the suspect in a Mississauga bingo hall earlier this year, was allegedly told by the suspect that he had a used vehicle for sale.

Police said the victim paid a partial deposit to the suspect, but she did not receive the vehicle or her money back.

On July 9 and 10, investigators said the suspect persuaded a 33-year-old woman and a 64-year-old woman, both from Mississauga, to buy two new cellphones and hand them over to him to be unlocked.

The victims, who the suspect both met in a Mississauga bingo hall, were unable to get their phones or money back.

Police have issued an arrest warrant for Thomas Henry Ogden, 50, of Toronto for four counts of fraud.

The suspect is described as five-foot-six, with a thin build, short black hair, and brown eyes. He is wearing glasses.

Anyone with information on his whereabouts is asked to call police or Crime Stoppers.