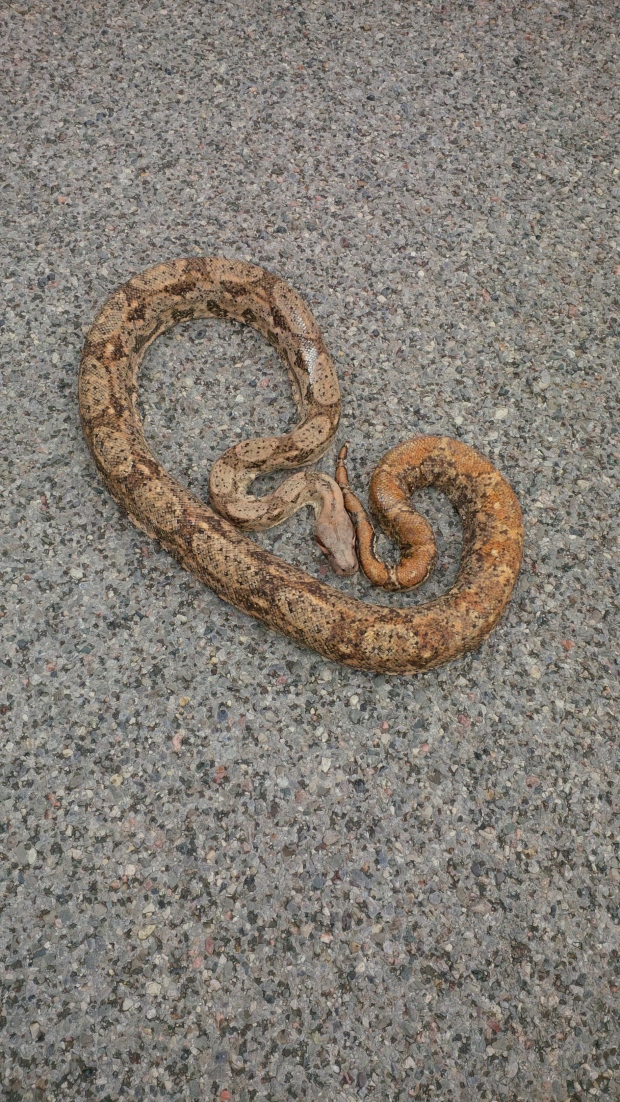 OPP say two exotic snakes were found abandoned in the Township of East Garafraxa on Tuesday, May 21, 2013. (Handout)

An animal sanctuary is caring for two exotic snakes that were found abandoned in a ditch northwest of Toronto, Ontario Provincial Police say.

In a news release, OPP said the boa constrictors were found near the intersection of Dufferin County Road 109 and 17th Line in the Township of East Garafraxa on Tuesday.

According to police, the reptiles were secured in plastic containers and transported to a sanctuary in Grey County.

Located near Orangeville, the Township of East Garafraxa is about 70 kilometres northwest of Toronto.