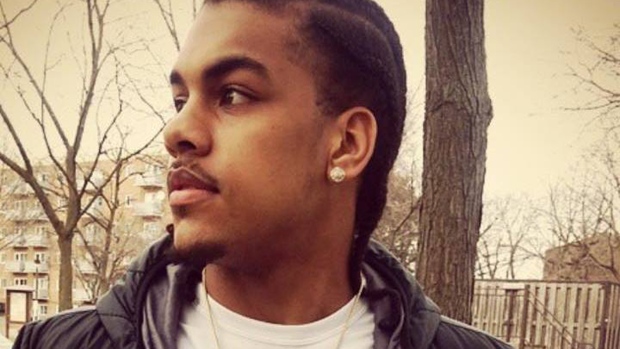 Taufiq Stanley is seen in this photo.

A Toronto judge has denied bail to a 23-year-old man who claims he is highly susceptible to contracting COVID-19 in jail while awaiting his first-degree murder trial.

Taufiq Stanley has been charged in the 2017 shooting death of 24-year-old Samatar Farah.

Farah was gunned down 15 days after he celebrated his birthday with loved ones. He is remembered by those close to him as “such a good kid,” who was a great student and loved basketball.

“He was loved by so many for his genuine and kind-hearted nature,” his sister said at the time. “He was a devoted son, brother, uncle, friend, and partner.”

The shooting, which was referred to by police as “senseless” and “pointless,” took place in the overnight hours of April 15, 2017.

At around 1:30 a.m., officers with the Toronto Police Service were called to Chester Le Boulevard, near Finch Avenue East and Victoria Park Avenue in Scarborough, for reports of a shooting, but did not locate any victims. About eight hours later, officers were called back to the scene after a passerby located the body of Farah.

In the aftermath of the shooting, investigators said the incident was part of an ongoing feud between residents of two adjacent housing complexes, but described Farah as “one of the good ones.”

“From our investigation, the only thing Mr. Farah did was be a resident of Chester Le Boulevard,” homicide detective Jason Shankaran told reporters. 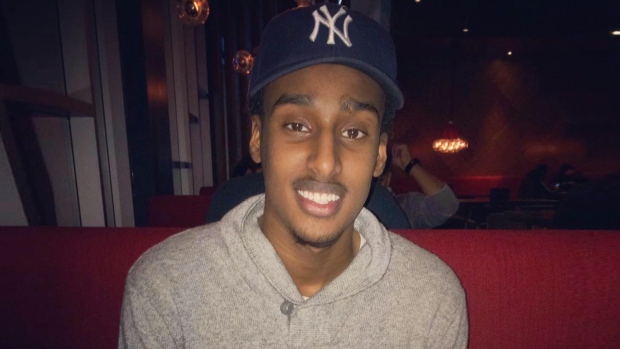 Following the execution of multiple search warrants linked to the deadly shooting in April 2017, Stanley was arrested and charged. At the time, police said he was known to be connected to the Parma Court housing complex.

A second alleged shooter has not yet been apprehended by authorities. He has been identified by officers as Alexander Fountain and he is wanted on a Canada-wide warrant for first-degree murder.

Mr. Taufiq Stanley, alleged to have been involved in the shooting death of Mr. Samatar Farah at Chester Le in 2017, has been detained after a bail hearing via our Superior Court. The second alleged shooter, Alexander Fountain, pictured below is still at large. @1800222TIPS pic.twitter.com/eRZm5kmBUe

Stanley is currently being held at the Toronto South Detention Centre (TSDC) as he awaits his trial, scheduled to begin in October 2020.

Following a recent outbreak of COVID-19 at the Ontario Correctional Institute in Brampton, Ont. the Ministry of Solicitor General said the dormitory-style facility would temporarily close. The inmates were then transferred to the TSDC. 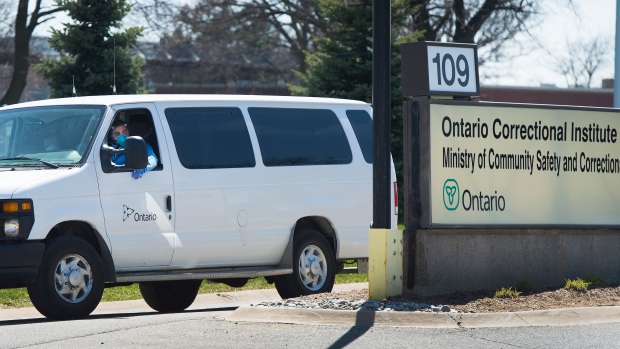 The TSDC has a healthcare unit with two medical isolation units. The transferred inmates, who tested positive for COVID-19 or are awaiting their test results, are being held in one of these units. Stanley’s lawyer, Dirk Derstein, stated during the hearing that his client is in the other medical unit due to asthma, which he has had since a young age.

Derstein argued that Stanley is more susceptible to contracting the novel coronavirus because of his medical condition.

Prosecutor Donna Kellway stated that she acknowledges the fact that Stanley has asthma, but noted that no evidence has been brought forward to the court confirming that that would make him more susceptible to the virus.

The hearing, held via teleconference on Tuesday and Wednesday, was adjourned following submissions from both counsels.

Justice Alfred O’Marra dismissed the application on Friday morning. The reasons for his decision are under a publication ban.