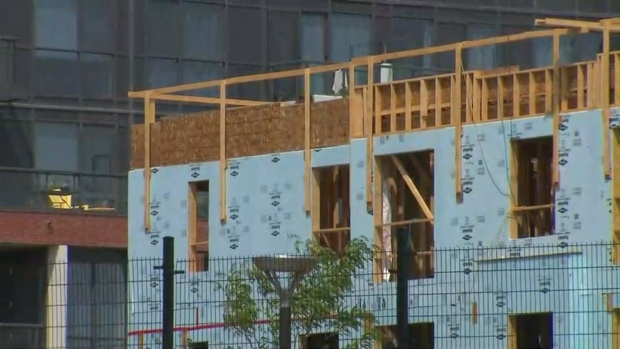 Affordable housing advocates are calling for the construction of 69,000 new units in Ontario over the next decade– a level of investment that they say could fix an affordability crisis that is quickly spiraling out of control.

The Ontario Non-Profit Housing Association and the Co-operative Housing Federation of Canada released a joint affordable housing plan for the province on Thursday.

The plan makes a total of four recommendations to be implemented over the next decade:

“It is about being bold on a scale that will really fix the problem,” Simone Swail, the manager of government relations for the Co-operative Housing Federation of Canada, told reporters at Thursday’s news conference. “It is clear that too many Ontarians are struggling to afford their home but Ontario has an opportunity to fix this crisis.”

The federal government’s $40 billion national housing strategy is expected to fund the construction of 60,000 new units Canada-wide over the next decade and repair up to 240,000 currently existing units.

Swail said that with the federal government at the table in a way that they have not been in the past, the time is right for provincial and civic leaders to step up as well.

She said that Ontario has a “once in a lifetime opportunity” to address the housing crisis right now and “must make the most of it.”

“It is ambitious but it is inline with investments in new affordable housing in other province and there are also significant costs for not taking action,” she said of her group’s plan. “Shelters are important but it would cost far less to offer an affordable home.”

In Toronto, the wait list for placement in affordable housing currently contains about 97,000 households.

The city is also in the midst of a 10-year-plan to address a $2.6 billion capital repair backlog for Toronto Community Housing Corporation units.

Speaking with reporters at Thursday’s news conference, Ontario Non-profit Housing Association Executive DirectorMarlene Coffey said that the province is essentially “at a crossroads when it comes to housing affordability.”

“325,000 renter households spend more than half their income on rent and utilities, putting people at a crisis level of spending,” she said. “And it is no longer just a big city problem. It is spreading rapidly to the suburbs and rural communities as well.”