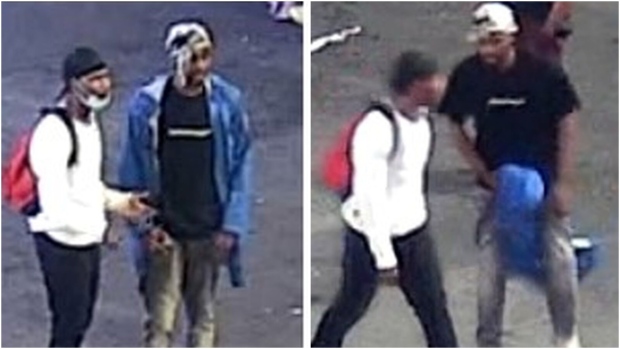 Two suspects believed to be involved in an aggravated assault at Dundas Square Monday morning are seen in this image. (Toronto Police Service)

Police say that a 24-year-old man is in hospital with serious injuries following an aggravated assault which took place at Dundas Square early Monday morning.

At 12:05 a.m., police said that two men began fighting a 24-year-old man at the square beside Yonge and Dundas streets.

The victim was knocked to the ground and hit it in the head “repeatedly.”

“One of the suspects began dragging the man,” police in a news release issued Monday.

Witnesses then reportedly intervened and chased the suspects away.

Police said that the victim was transported to hospital where he remains in serious condition.

Anyone with information related to the incident is asked to contact police or Crime Stoppers. 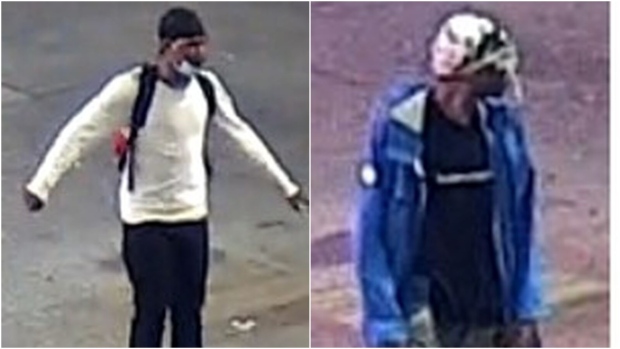