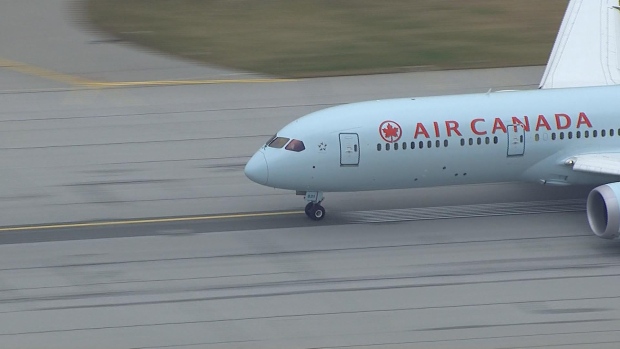 MONTREAL - Air Canada says travellers can now change their ticket up to 24 hours before their flight without incurring a rebooking fee as part of the airline's latest response to the novel coronavirus outbreak.

The new policy allows passengers to make a one-time change to any ticket purchased between March 4 and March 31 at the last minute.

It adds leeway to Air Canada's announcement last week that it would waive change fees up to two weeks before a departure, with travel controls by foreign governments evolving daily.

The move still falls short of announcements by several U.S. airlines this week, with United Airlines, Delta Air Lines and American Airlines allowing passengers to rebook tickets to any destination through April 30 without paying fees.

The fee waiver by Canada's largest airline underscores ramped-up efforts to mitigate the blow dealt by the spread of COVID-19, which has seen bookings plunge and cancellations soar at airlines across the globe.

National Bank analyst Cameron Doerksen forecasts that the epidemic will cost Air Canada $1.4 billion in adjusted earnings this year, which would result in a 40 per cent decline from 2019.