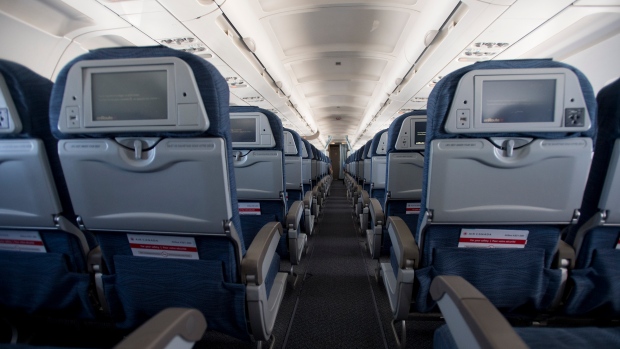 Canada's flight industry is tentatively taking heart in signals from the throne speech that financial help is on the way but wants to see quick, clear action to support the sector, which has been devastated by the COVID-19 pandemic.

The government's speech from the throne Wednesday pledged “further support for industries that have been the hardest hit, including travel and tourism.”

“We can't keep waiting,” he said in a phone interview. “All of our G7 trading partners all have brought forward sectoral support... We have not.”

Passenger numbers are down 94 per cent from 2019, with aviation still at “Stage 0 in its recovery” amid ongoing travel restrictions, said the group in a release. The council represents Air Canada, WestJet Airlines Ltd., Air Transat and Jazz Aviation.

Between the three largest airlines, more than 27,000 employees have been laid off since March. Nav Canada, which runs the country's air navigation system, announced earlier this week it has cut 720 jobs or 14 per cent of its workforce due to the plunge in global air traffic.

“The financial situation is much worse now than it was in the spring, as airports continue to pile up costs and debt to provide enhanced safety and health measures on limited revenues,” Canadian Airports Council president Daniel-Robert Gooch said in a statement.

“The speech from the throne offered some hope in recognizing particularly hard hit sectors, including aviation, but time is of the essence: without action, the damage done to airports and the communities they serve may take years to repair.”

Unlike countries including France, Germany and the United States, Canada has steered clear of sector-specific support for carriers, instead rolling out financial aid available to many industries, such as wage subsidies and loans starting at $60 million for large firms.

Ottawa has also held off on requiring airlines to refund customers whose flights were cancelled due to the pandemic, potentially saving carriers hundreds of millions of dollars. In contrast, European and U.S. authorities have demanded airlines reimburse travellers, on top of the strings attached to financial lifelines that range from limiting dividends and executive bonuses to cutting carbon emissions and carving out ownership stakes for government.

The Liberals pledged in the throne speech “to support regional routes for airlines” as part of its efforts to connect communities. That comes after after Air Canada announced in June it would suspend service on 30 regional routes and close eight stations at smaller Canadian airports.

“It's been a long time coming. We've been holding our breath for six months,” said John McKenna, president of the Air Transportation Association of Canada, which counts 30 smaller carriers as members.

“I'd like to see words turn into action. And significant action - not just for show.”

The broader travel and tourism industry found more encouragement in the throne speech, which outlines the government's priorities for the new session of Parliament.

The Tourism Industry Association of Canada said it was “thrilled” that Prime Minister Justin Trudeau's government had circled the sector as a priority in the wake of hundreds of thousands of layoffs across the country.

“In fact, travel and tourism was among the only industries directly mentioned in the speech as a sector in need of further support,” the association said in statement.

There were 463,500 fewer tourism sector jobs in September than the same month a year earlier, marking a drop of roughly 25 per cent from pre-pandemic levels, Tourism HR Canada said.

Other new measures applicable to all industries include the extension of the federal wage subsidy through the summer of 2021 and enhancements to the Canada Emergency Business Account and the Business Credit Availability Program.

Transat spokesman Christophe Hennebelle said the extension comes as a “welcome support, but it primarily benefits the employees.”

The billions of dollars in aid to airlines in the U.S. and Europe are “out of all proportion” compared with the lack of support in Canada, he said in an email, with more “significant” steps needed from Ottawa.

Suzanne Benoit, CEO of Aero Montreal, which represents Quebec's aerospace cluster, called the Canada Emergency Wage Subsidy “excellent” in the short term but said the Liberal government should be “more specific” with how it will steady industry turbulence.

McKenna is asking Transport Canada to ramp up coronavirus testing in airports as a replacement for 14-day quarantine requirements for returning residents.

He is also demanding Ottawa postpone regulations slated to come into effect in mid-December that lower pilots' maximum working hours per day, a move that aims to boost safety but will also raise labour costs by necessitating new hires, McKenna said.

- with a file from Julien Arsenault