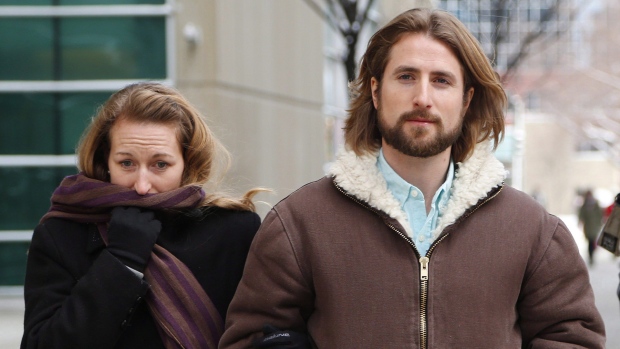 David and Collet Stephan leave for a break during their appeals trial in Calgary, Alta., on March 9, 2017. THE CANADIAN PRESS/Todd Korol

ETHBRIDGE, Alta. - Crown prosecutors have stayed charges against parents who were facing a third trial in the death of their toddler in southern Alberta.

A lawyer for David and Collet Stephan, Shawn Buckley, says he received a letter from the Crown about the decision.

A copy of the letter directs the Lethbridge court to stay charges against the Stephans of failing to provide the necessaries of life.

Alberta Justice could not immediately be reached for comment.

The Stephans were accused of not seeking medical attention sooner for their 18-month-old son before he died in 2012.

They testified that they were treating the boy with natural remedies for what they thought was croup.