Alek Minassian's trial will not go ahead on April 6, lawyer confirms 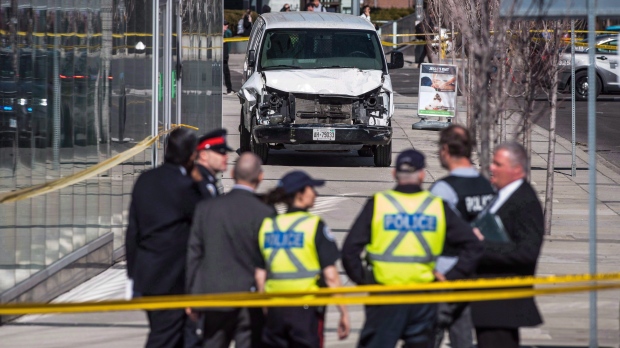 Police are seen near a damaged van in Toronto after a van mounted a sidewalk crashing into a number of pedestrians on Monday, April 23, 2018. (THE CANADIAN PRESS/Aaron Vincent Elkaim)

The trial for the man who killed 10 people and injured more than a dozen others when he plowed down pedestrians on a busy stretch of sidewalk in North York in 2018 has been postponed once again.

The lawyer for Alek Minassian, who faces 10 counts of first-degree murder and 16 counts of attempted murder in connection with the April 2018 attack, confirmed on social media that his client’s trial will not be proceeding as scheduled on April 6.

The confirmation comes after the Ontario Superior Court of Justice suspended all operations earlier this month, including upcoming jury trials, in an effort to help slow the spread of COVID-19.

This is not the first time the trial has been postponed.

Minassian’s judge-alone trial was initially scheduled to start in February but was pushed back due to issues obtaining Minassian’s psychiatric assessment.

In an agreed statement of facts submitted during a pre-trial hearing in Toronto earlier this month, Minassian admitted to planning and carrying out the attack.

When speaking to police, Minassian said his actions were in retribution for years of sexual rejection, adding that he was part of the involuntary celibate or “incel” movement. 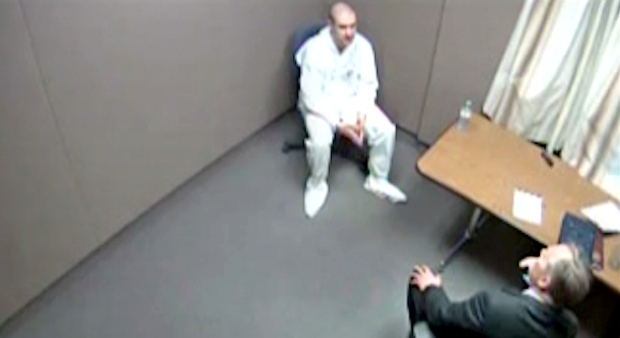 During the hearing, the judge said the case will now hinge on Minassian’s state of mind at the time of the offence and not whether he actually carried out the attack.

Minassian’s lawyer, Boris Bytensky, said a new trial date will be set when the courts reopen.

Alek Minassian is seen in this undated photograph.