All the Santa Claus parades happening in the Greater Toronto Area

Santa Claus is coming to town. A few towns, actually.

He’s taking time out of his busy schedule to take part in more than a dozen parades happening across the Greater Toronto Area over the next few weeks.

To make sure you don’t miss your chance to see the Big Guy, CTV News Toronto has compiled a list of all the Santa Claus parades happening near you.

The biggest Santa Claus parade in the province returns to Toronto after a two-year hiatus.

It starts at 12:30 p.m. on Nov. 20 at Christie Pitts Park in the city’s west end before travelling down University Avenue and ending at St. Lawrence Market.

The festivities will be streamed live on CP24.com, the CP24 app and the CP24 YouTube page. 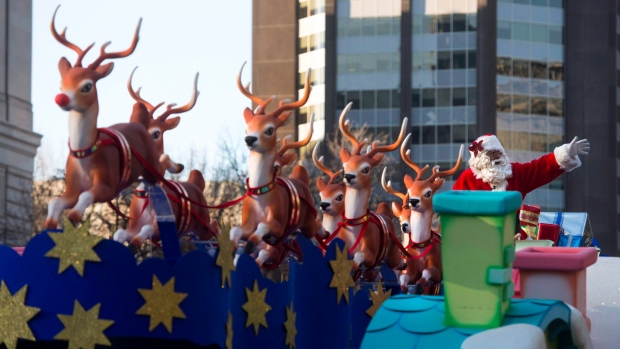 North of Toronto, the 48th annual Markham Santa Claus parade is set for Nov. 26 at 11 a.m.

The event is scheduled to take place rain, snow or shine, so attendees are encouraged to dress for the weather.

Kids are encouraged to bring their letters to Kris Kringle as Canada Post workers and parade marshalls will be collecting them for delivery to the North Pole.

Aurora’s “Santa Under the Stars Parade” is one of a few events happening in the evening.

The Nov. 26 event kicks off at 6 p.m. and will feature local eateries and shops along the route.

While there is some parking available near the parade route, event officials are encouraging attendees to use public transit.

The Brampton parade gets underway at 5 p.m. on Nov. 19 and features a new route due to ongoing construction in the downtown core.

Guests are advised to arrive early to secure their spot to catch a glimpse of Saint Nick.

Oakville’s parade takes place on Nov. 19 at 9 a.m. and is one of the only events to feature a “Santa Shuttle.”

The free service runs every five minutes to and from the Oakville GO Station to the Trafalgar Park Community Centre in downtown Oakville between 8 and 11:30 a.m.

The Burlington Santa Claus parade starts at 2 p.m. on Dec. 4 and guests are asked to bring a non-perishable food donation.

Milton’s Nov. 26th parade starts at 1:30 p.m. and the theme for this year’s event is Christmas All Around the World. 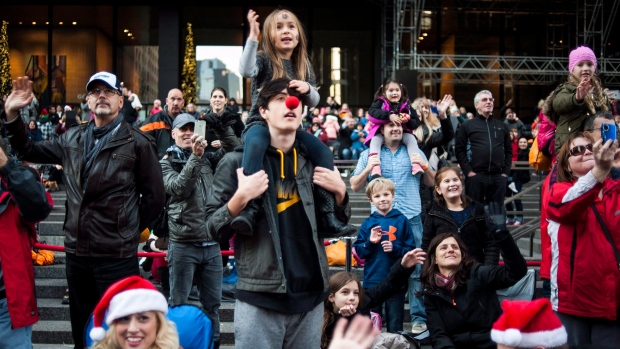 In Georgetown, guests should plan to arrive at 5 p.m. on Nov. 19 along the five-kilometre-long parade route.

You’ll need a ticket to gain entry, but they are free and you can get yours here.

The Town of Ajax is hosting this year’s parade on Nov. 26 but information on the exact start time has not yet been released.

Click here to see more information about the event when it does come out.

You can find more information about the event here.

The Oshawa Santa Claus parade is set to take place on Nov. 19 at 6 p.m.

Santa and Mrs. Claus wave to spectators in this undated file photo. (AP)