Toronto police say ammunition was located in a vehicle that was involved in a crash in North York Friday evening.

Officers located two vehicles in the area, including one that has been abandoned. 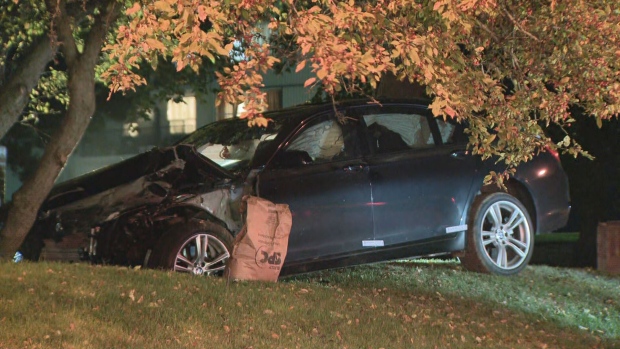 Toronto paramedics said a man in his 20s was transported to a local hospital with minor injuries.

Police said ammunition was discovered inside the abandoned vehicle.

Officers are looking for the occupants of that vehicle. Police said it is unknown how many people fled the scene.

Sheppard Avenue West was closed at Laura Road but it has since reoepened.