ANALYSIS: Indigenous Protests: Why don’t police just do their job? 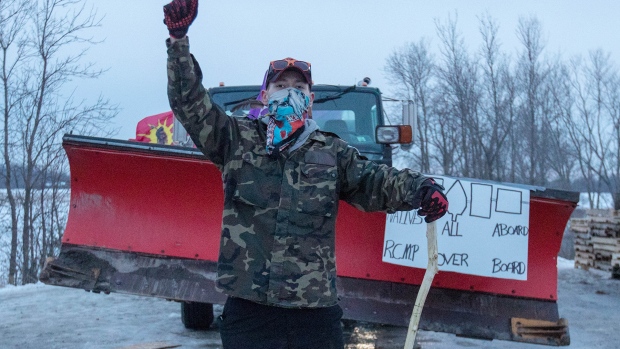 Because it’s not that simple.

I totally appreciate why Canadians are frustrated as a number of protests by, and in support of, Indigenous people have disrupted rail service, traffic and international border crossings in various locations across the county. I also understand why many Canadians are calling for the police to swoop in, make arrests and clear the tracks and roadways. I would have felt the same way at one time.

But my appreciation for the realities of these protests was developed after the Oka Crisis in 1990, in which a Sûreté du Québec (SQ) officer was killed. It was further cemented following the Ipperwash Crisis in 1995, when a Stoney Point Ojibway band protester was shot and killed by the Ontario Provincial Police (OPP) and many protester and police lives were forever altered. Both of these significant events occurred over land disputes.

First Nations people had complete and unfettered access to all lands in Canada prior to the arrival of the Europeans. Over the centuries since, numerous treaties were signed between various Indigenous groups and government entities – right back to the then King of England, outlining who owned or controlled what land; how deep into the soil that ownership or control went; who still had hunting and fishing rights and where; and how long these agreements would prevail. The early treaties were negotiated through interpreters and what was or wasn’t agreed to became folklore among First Nations people and passed on through successive generations. Responsibility for First Nations people and the assorted treaties eventually fell to the government of Canada and other responsibilities subsequently downloaded to the 10 provinces over time. But the simmering negativity and tales of promises made and broken by whatever government were passed on through families through the many decades to follow.

Court challenges followed and moved at glacial speed through Canada’s judicial system. Negotiations dragged on for eons as federal and provincial negotiators came and went. At the same time, military bases, shopping malls, golf courses and subdivisions were developed on the very land that was still being disputed in the courts. Concurrent protests, some protracted and very tense, some violent, toiled on. Think Burnt Church, Clayoquot Sound, Caledonia and others.

After the violent 1995 events in Ipperwash, the OPP developed what they named “A Framework for Responding to Aboriginal Critical Incidents.” It called for extensive dialogue and relationship building before, during and following an event. It also described the need for a careful and measured approach with a minimum application of force.

Mr. Justice Sidney B. Linden, Commissioner of the Ipperwash Inquiry, fully endorsed it, and that is the framework that many Canadian police services are using today.

That walk through history is but a snapshot of what has led to the tempo of the recent Indigenous protests and blockades, as well as the ongoing police response to protests over the pipeline development through the Wet’suwet’en First Nation territory in British Columbia.

These protests are linked. The protesters communicate. As police take action at sunrise in eastern Canada, the approach taken and response of protesters sets the tone for what’s to come as the sun continues to rise across the land. Police communicate as well and are committed to taking a measured and consistent approach so as to not create even bigger problems for other police services to the west. Aggressive action at one location will spawn a more aggressive response by protesters at another location, as well as a flurry of sympathetic protests and potentially new blockades of railways and highways across the nation.

None of this should negate the application of the rule of law, but it certainly paints the picture of the high emotions and extreme complexity at play. It’s a challenge that is way bigger than police commanders and negotiators at individual protest sites across the land to solve. The old “time, talk and tear gas” approach won’t work. Through patient dialogue, police will eventually negotiate the some removals of a few barricades here and there; will make some arrests and lay some charges, but that’s it.

During a number of major protests in my tenure in the OPP, we saw highways and railways blocked with dozens of concurrent protests in Ontario alone. Police did not have the ability to arrest all of those folks and nor do they now. Many of the protesters were elderly people, while others were women and children. These demonstrators wouldn’t hurt a fly, but they were often placed between police and the hardcore, militant lawbreakers who were hoping for a fight. We also had intelligence information of firearms being cached within their grasp. Can you imagine if a police raid resulted in a fire-fight and the unintentional death of an Indigenous child or senior?

It is estimated there is about one million people of First Nations heritage in Canada. And hundreds of thousands of other Canadians support them on many issues. There are about 70,000 police officers in this country. Not all Indigenous people agree with the protest approach being taken by others, but they will most often rally to support their brothers and sisters. As one First Nation friend told me several years ago, “You may not like your brother. You may not agree with his choices, actions or lifestyle. But if someone is going to fight him, you will stand at his side.”

Mass arrests of this sort, knowing that there is often “some” bad people among the protesters, some with access to firearms, police have to be prepared to take lives, lose lives and bring the entire nation to a complete standstill for months or years to come. These are difficult enough decisions for police commanders that had no part in creating this situation to begin with. They don’t need opposition members in parliament of any political stripe demanding that police make arrests or chiding the sitting government to order same. No elected politician can direct a police leader when to make arrests or when not to – at least not in Canada.

In a number of past cases, we assured the public that we would investigate each series of events and lay charges against organizers and those that committed acts of violence or property damage. We told the protesters the same. When the time was right, arrests were made. Local Crown Attorneys supported us. Then political decisions swayed the tide, charges were withdrawn or never accepted. In Caledonia the government bought the disputed land and told the First Nations occupiers they could stay there until the courts dealt with their land claim. The OPP no longer had the authority to go on the land and remove anyone by force. They could only sit and watch and keep others from entering the land and being beaten or killed. However, to the untrained eye it simply looked like the OPP “didn’t do its job”.

It’s not that police “AREN’T doing their job” in Tyendinaga or in cities and other remote sites across Canada. Police ARE doing their job, but they are doing it in a way that doesn’t unnecessarily jeopardize lives. Marching tactical officers onto a piece of disputed land to evict Indigenous protesters and taking a life in 1995 didn’t work so well. It would be a complete disaster in 2020.

The federal government must negotiate a political solution if this situation is ever going to end, not the police. The police are simply the meat in a no-win sandwich. I certainly don’t know the answer, but I do know that it’s so much bigger than law enforcement and it’s far from simple.