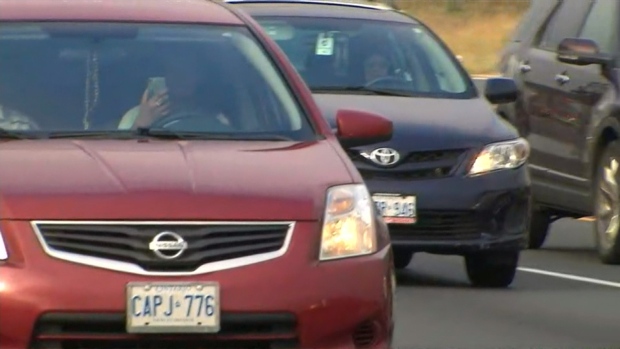 A motorist is seen driving with a cell phone in hand in an undated file image.

A 32-year-old Napanee man was handed a $615 ticket on Friday and a short license suspension after allegedly taking a photo of a collision with his cell phone while driving.

Napanee OPP say that a novice driver got into a collision with another vehicle in the town on Friday.

As police were investigating the collision and making those involved were not injured, another man driving by “used their cell to take a picture of the scene.”

Officers pulled the other driver over and charged him with driving with hand held communication device under The Highway Traffic Act.

The offence carries a fine of $615 and a three day license suspension.