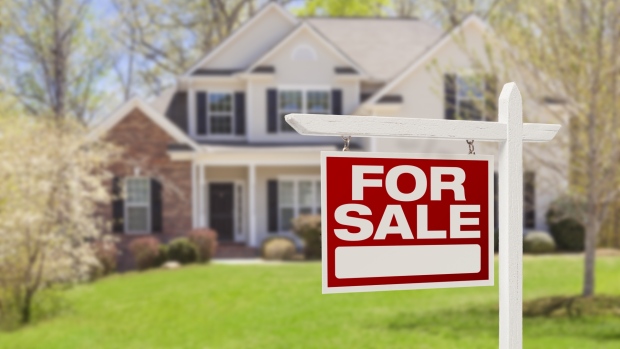 OTTAWA - The Canadian Real Estate Association says national home sales fell by more than half in April as the COVID-19 outbreak put a chill on market activity.

The association says April home sales were down 57.6 per cent from a year earlier, and down 56.8 per cent on a month-over-month basis, posting the lowest volume for the month since 1984.

Nationally, new listings were down 55.7 per cent from March to April, but inventory levels jumped to 9.2 months in April compared with 4.3 months in March as older listings stayed active while sale fell.

The composite benchmark price was down 0.6 per cent in April compared with March for the first decline since last May, but is still up 6.4 per cent year over year.

The national average price for homes sold in April was just over $488,000, down 1.3 per cent from the same month last year. Excluding the high-priced Toronto and Vancouver area markets, the average price was less than $392,000.