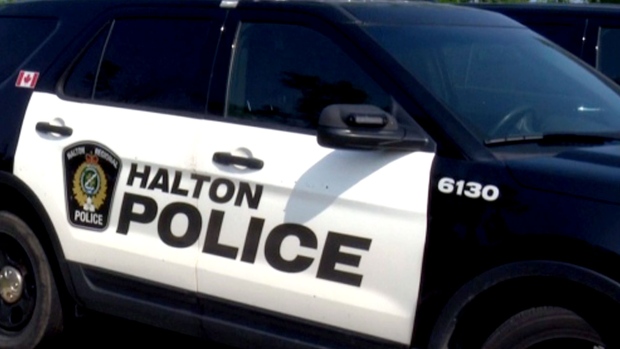 Police in Milton say they are searching for an “armed and dangerous” suspect who allegedly fired multiple gunshots inside a business Thursday evening.

It happened near Derry Road and Bronte Street South just after 6:40 p.m.

At that time, police said a man entered a Pizza Nova restaurant in the area while armed with a black long gun and demanded cash from an employee. The suspect received an undisclosed amount of cash, police said, and then fired several rounds inside the restaurant.

Police said the suspect then left the store and fired several more rounds before fleeing the scene in a vehicle in an unknown direction.

“The vehicle in which the suspect fled is a black Mazda, with Ontario licence plate CPXT541,” Halton police said, adding that the vehicle also has a broken mirror cover.

No injuries have been reported by police.

There is a heavy police presence in the area of Derry Rd. and Bronte St. S after reports of gunfire at a business on Derry Rd. shortly before 7pm this evening.

While there is no known threat to public safety, police are asking people to avoid the area while an investigation gets underway. A heavy police presence is expected at the scene throughout the remainder of the evening.

Police say the suspect should be considered armed and dangerous and should not be approached. He is described as Black, standing five-foot-nine inches tall with a thin build.

It is believed that the suspect acted alone, according to police.

Anyone who witnessed the incident, or has dash cam or surveillance video of the event, is asked to contact police or Crime Stoppers.