Arrest made in murder of man killed in brazen drive-by shooting that injured 4 others: Toronto police

An arrest has been made in connection with the murder of a 21-year-old man killed in a brazen drive-by shooting that injured four others last month, Toronto police say.

Mohamed Sow, 21, was fatally shot and four other people were wounded after gunfire rang out in a parking lot at 251 Woolner Avenue, in the area of Jane Street and St. Clair Avenue, on the night of July 10.

Police say a dark-coloured SUV approached the parking lot and at least one suspect started "indiscriminately" shooting at people who were gathered there.

Surveillance footage obtained by CTV News Toronto showed multiple people, including a child, ducking behind vehicles to avoid being hit.

Three people injured in the shooting were taken to a hospital by paramedics and two others made their own way to hospital to seek medical treatment. 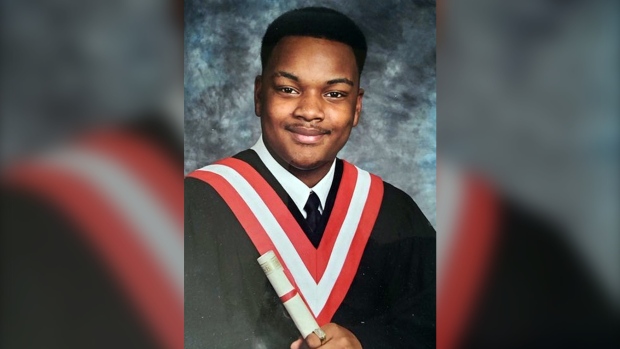 Police previously said the other injured victims are expected to recover.

Investigators confirmed Friday that a suspect has now been arrested in connection with Sow's death.

He is scheduled to appear in a Toronto courtroom via video link today.

Police are asking anyone with additional information about the case to reach out to investigators.