Arrest made in stabbing at Etobicoke lounge 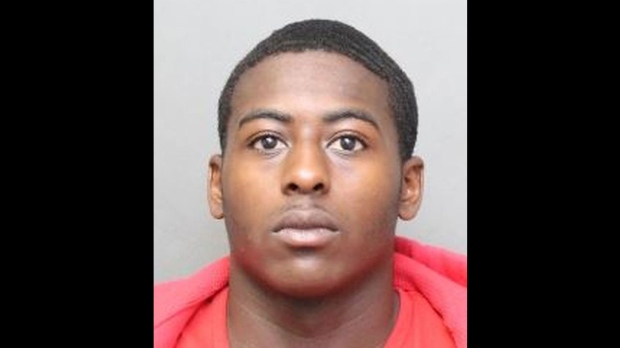 Tamar Gayle, 23, is wanted in connection with an attempted murder investigation at Konrad Lounge in Etobicoke. (Toronto police handout)

An arrest in an Etobicoke stabbing has been made two days after investigators released an image of a 23-year-old suspect.

At around 3 a.m. on Oct. 28, emergency crews were called Konrad Lounge, located in the area of Lake Shore Boulevard West and Islington Avenue, for reports of two men involved in a physical altercation.

One of the two men was stabbed “numerous times,” according to police. He was taken from the scene to hospital to be treated for his injuries, but his current condition is not known.

Investigators released an image of a suspect wanted in connection with the case on Saturday.

On Monday, police said Tamar Gayle, of Toronto, has been charged with attempted murder, aggravated assault, assault with a weapon, two counts of failing to comply with probation and failing to comply recognizance.

Gayle was scheduled to appear in court on Monday.