Audit to test federal government on oversight of student-loans program 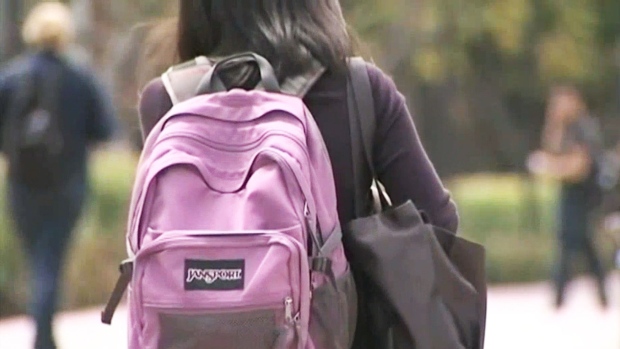 OTTAWA -- Canada's auditor general is examining how the government manages billions of dollars in the Canada Student Loans program, and whether it's helping students be smarter about their financial decisions, newly disclosed documents show.

The audit, expected by April, will look at how efficiently two departments involved in the program -- Employment and Social Development Canada and the Canada Revenue Agency -- have managed "risks to the public treasury" in doling out cash to students.

Another item in the audit will be the departments' "collection activities of student loans," and a third line of inquiry will assess how well the Financial Consumer Agency of Canada has worked to improve students' financial literacy.

While the auditor general's report won't be out for weeks, high-level details of the audit are in a briefing note obtained by The Canadian Press under the Access to Information Act.

The document prepared for the top civil servant at Employment and Social Development Canada notes that work on the audit has been underway since May 2019.

The auditor general's office generally doesn't comment on reviews until they become public and declined to discuss this one, calling it "premature" to do so.

Likewise, ESDC said in a statement it wasn't "at liberty to disclose information pertaining to an ongoing audit," while the Financial Consumer Agency of Canada listed its efforts, including resources offered to classroom teachers and financial-aid offices, when asked for any data on how well the agency has performed.

Outstanding federal student loans total about $17 billion, and the federal government regularly gives up on collecting some of them -- because a person who owes the money files for bankruptcy, the debt passes a six-year legal limit on collections, or the debtor can't be found.

Instruction in financial literacy need to happen long before students arrive at colleges and universities, but it's not the sole solution for helping those in debt, said Trina James, national treasurer for the Canadian Federation of Students.

She said she hopes the next federal budget will shift spending to reduce education costs directly.

"When we're looking at why a lot of students are defaulting on loans, it's not because they're not able to manage their money, it's mainly because a lot of the costs associated to accessing post-secondary education continue to rise," James said, citing the cost of textbooks and living expenses.

New rules kicked in Nov. 1, 2019, that the Liberals hope will ease some of that burden, including a six-month, interest-free grace period on repaying loans after graduation and a drop in interest rates. And as of Jan. 1, the government allows those in arrears to spread out interest payments, which ESDC said in a statement should reduce debt write-offs.

The department cautioned that "it is too early to assess the impact of these initiatives," but noted officials collected $195.7 million from debtors last fiscal year compared to $192.2 million in the preceding 12 months.

Adam Brown, board chair for the Canadian Alliance of Student Associations (a rival to the Canadian Federation of Students in representing postsecondary students), said the program has improved in recent years to help students repay loans, but suggested a deeper look at other ideas like extending the interest-free grace period, ensuring students have solid finances before being asked to repay their loans, and targeted help to parents who are in school.

"Some of those things are going to make the program and make collections a little more complicated for the federal government, but at the end of the day, those are very, very worthwhile changes that are going to make repaying those loans in itself a lot easier for Canadians," Brown said.

This report by The Canadian Press was first published Jan. 18, 2020.