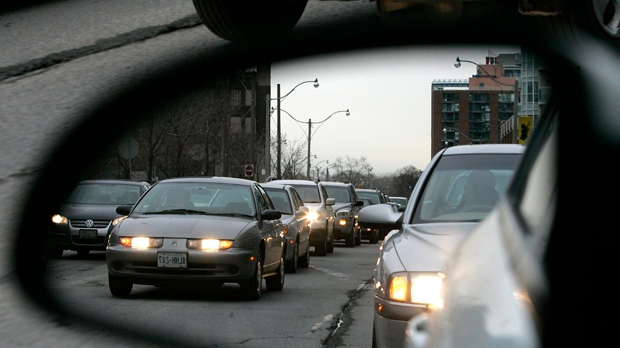 TORONTO -- Traffic congestion in most major Canadian cities is getting worse, according to a traffic index compiled by a firm that specializes in navigation and mapping products.

Nationally, the index shows the average time lost to traffic was almost 79 hours, an increase of two per cent over 2013.

In Canada's most congested cities -- Vancouver, Toronto and Ottawa -- the index shows congestion has grown by a combined seven per cent.

Amsterdam-based TomTom blames high levels of congestion on the traditional work week in which many people have no choice but to be on the road at the same time.